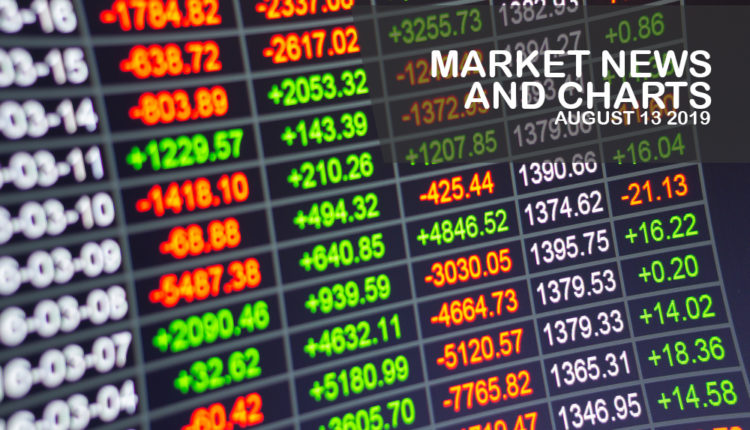 Hey traders! Below are the latest Market News and Charts for Tuesday’s sessions. Learn from the provided analysis and apply the recommended positions to your next move. Good day and Good Luck!

The pair failed to breakout from a key resistance line, sending the pair lower towards a key support line. The trade war between the two (2) largest economies in the world, the United States and China, boost Brazil local soy prices. Brazil now accounts for 80% of total Chinese soybean exports. Despite this, Brazil choose to increase its cooperation with the U.S. after choosing Brazilian President Jair Bolsonaro’s son to become the new Brazil Ambassador to the United States. U.S. President Donald Trump was also planning to do the same thing by appointing his own son to be the new U.S. Ambassador to Brazil. However, the growing relationship between the two (2) countries might be challenging after China said it is planning to invest $24 billion in Brazil’s state of Sao Paulo. Aside from this, Brazil’s prosecutors seek to bar Bolsonaro’s son to become the new Brazil Ambassador to the U.S.

The pair is seen to continue its upward movement after it found a strong support line, sending the pair higher towards a major resistance line. On August 20, Romanian President Klaus Iohannis will be visiting the White House to meet his counterpart, U.S. President Donald Trump. The two (2) leaders will discuss shared security challenges facing the United States and Romania, especially that the NATO (North Atlantic Treaty Organization) Alliance completes the Aegis Ashore Ballistic Missile Defense system. Aside from this, the U.S. plans to stall the THAAD (Terminal High Altitude Area Defense) system to Romania to strengthen the eastern bloc’s defense. The visit will occur as Romania marks the 30th year since the fall of communism in the country and the 15th year of the country joining the NATO. Romania is also planning to purchase U.S. F-35 fighter jets after Turkey was banned from the F-35 program.

The pair will continue its rally after it found a strong support line, which will send the pair higher towards its previous high. Norway was expected to be hit by the Brexit. Norway considers the United Kingdom as its largest trading partner inside the European Union. Once the UK withdraws from the bloc on October 31, it will adopt trading rules under the WTO (World Trade Organization), which is seen as a disadvantage for Norway. Aside from this, the UK said its accession to the EFTA (European Free Trade Agreement) has a small chance to succeed. EFTA composed non-EU European countries. The group has a bilateral trade agreement with the European Union, which allows the group to access EU’s Single Market. Nevertheless, Norway said that it had already signed a post-Brexit trade agreement with the United Kingdom in cases of a “no-deal Brexit”.

The pair will continue to go up to retest a key resistance line, which will send the pair higher in the following days. The European Union dropped a decision, which will further narrow its relationship with Russia. The bloc extends its sanction against Russia due to its annexation of the Ukrainian territory of Crimea and its seizure of Ukrainian naval ships. Ukraine is among the list of European countries applying to become a member of the European Union and the NATO (North Atlantic Treaty Organization) Alliance. The decision by the EU is backed by candidate countries Montenegro and Albania, the country of the Stabilization and Association Process and potential candidate Bosnia and Herzegovina, and the EFTA country Norway, member of the European Economic Area, as well as Ukraine and Georgia. In line with this, the EU expects that Russia will influence Donbas separatists in Crimea.