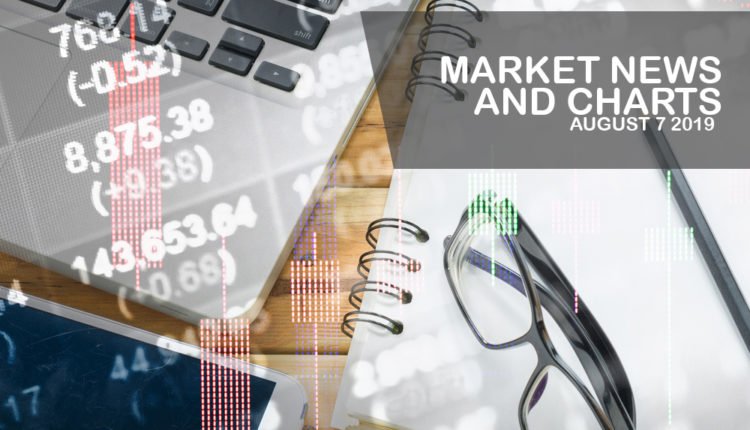 The pair will continue its rally after it broke out from its resistance line, sending the pair higher towards a major resistance line. On July 18-19, the European Union and Canada held a summit to tackle the potential free trade agreement (FTA) between the two (2) economies. Canada had chosen the EU over the United Kingdom in making a trade agreement following the withdrawal of the UK from the largest trading bloc in the world until October 31. However, Canada was seen backing down from the negotiations following the publication of temporary tariff rates by the UK once it crashes out of the European Union without a deal. This had led the EU to strip the Canada along with other four (4) countries of some market access rights to EU’s Single Market. Aside from this, some Canadian politicians pointed out not to expect closer ties between Canada and the United Kingdom any time soon.

The pair will continue its steep decline after it broke down from a major support line, sending the pair lower toward its 46-month low. The RBNZ (Royal Bank of New Zealand) unexpectedly cut its interest rate as the central bank tries to weigh down the impact of the on-going trade war between the two (2) largest economies in the world, the United States and China. The Federal Reserves had also cut its benchmark interest rate for 25 basis point, the first time in 11 years since the 2008 Global Financial Crisis. On the other hand, the POBC (People’s Bank of China) had devalued the Chinese Yuan as a counter measure against the U.S. interest rate cut. These events had been pressuring New Zealand Dollar, which was largely exposed to the U.S. Dollar and considers China as its largest trading partner. Switzerland on the other hand remains resilient amid the slowdown in Europe and the Brexit.

The pair was current sitting on a major support line but was expected to further move lower towards another major support line. New Zealand has been losing against Japan, whom it previously tried to compete with following the recession in Australia. Australia and Japan were two (2) regional powers and had led the efforts to ratify the pacific rim trade pact, the CPTPP (Comprehensive and Progressive Trans-Pacific Partnership). New Zealand on the other hand was trying to compete with Australia to become a regional power in the Asia pacific, particularly inside the CPTPP, and to compete with Japan to lead the pact. However, the decision by the Royal Bank of New Zealand (RBNZ) to cut its benchmark interest rate suggests that its economy is in danger. The decision was seen by analysts to be influenced by the on-going trade war between the United States and China.

The pair is expected to continue its rally after it broke out from major resistance lines and is on its way to retest the last resistance line before reaching its all-time high. The United States and China is set to start an economic cold war after their recent events led to the accusation of China that America had orchestrated the Hong Kong protest. Hong Kong is caught up between economic and military powers as China tries to integrate Hong Kong to mainland China. Hong Kong had been handed over to China by the United Kingdom in 1997 and was on a 50-year transition to integrate the Special Autonomous Region (SAR) to China. However, the rising Chinese influence had escalated to Hong Kong after it elected pro-China politicians threatening Hong Kong’s democracy. Protesters have been seen waving American flags at some of the demonstrations, leading to China’s accusation of U.S. meddling.

Oil and gold prices on August 7