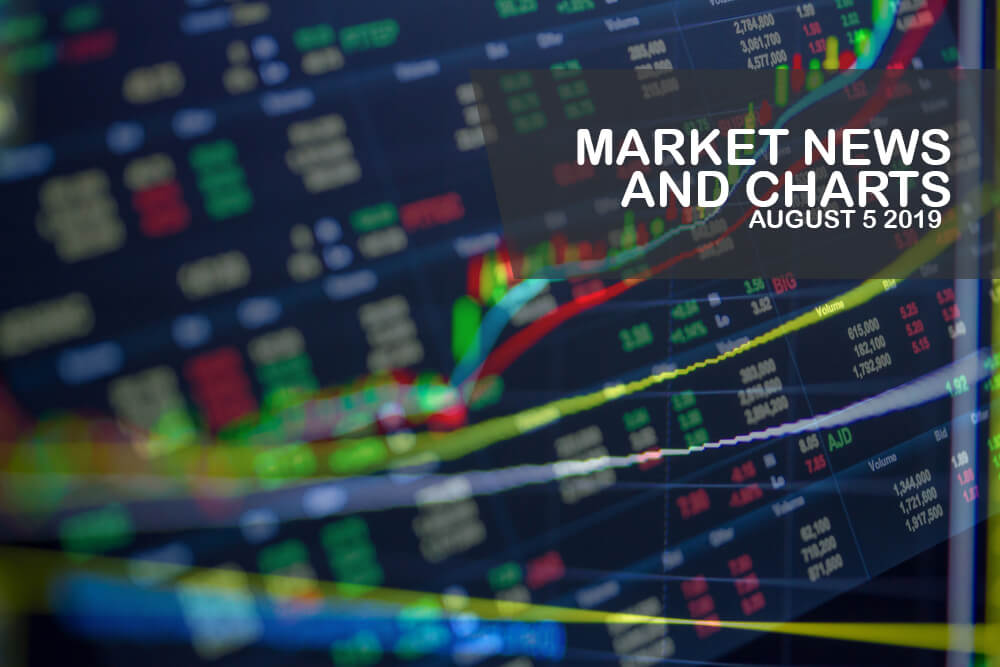 The pair was seen to continue to move lower in the following days and to go down towards a major support line. Following the rising tension between the United States, China, and Russia, other world powers are now joining the race on increasing their military capabilities. Japan had increased its effort to build its own military in the recent years, including the reinterpretation of the Article 9 of the Japanese Constitution, which was created by the United States during Japan’s defeat in World War II. The United Kingdom, on the other hand, was due to leave the European Union until October 31. One of the reasons for the UK’s withdrawal was due to its accusation that the EU was staging a federal backdoor, wherein the EU Institutions will have the absolute power over its member states. Aside from this, the creation of an EU Army will destroy the U.S. led NATO (North Atlantic Treaty Organization) Alliance.

The pair will continue its steep decline after it broke down from an uptrend support line, which will send the pair lower towards a major support line. Japan was seen strengthening ties outside the Asia-Pacific region with its recent ratification of the EU-Japan Free Trade Deal, which was the largest trading zone in the world covering 29 countries – 28 EU-member states and Japan. Aside from this, Japan is dominating the pacific rim trade pact, the CPTPP (Comprehensive and Progressive Trans-Pacific Partnership) following the recent recession in Australia. Japan was now leading the pact and had advised Canada to focus on its economy and its trading with the members of the CPTPP. This was after Canada was caught up from the trade war between the United States and China. Japan and Canada will also need to increase cooperation following U.S. President Donald Trump’s threat that it will withdraw from the U.S.-Japan Security Treaty.

The pair will continue its steep decline after it broke down from a major support line, sending the pair lower toward its 96-month low. The United Kingdom was trying to salvage its relationship with post-Brexit trade agreement signatories following the disappointing failure by former UK Prime Minister Theresa May to deliver the Brexit until March 29. The withdrawal was postponed until October 31 and the new British PM Boris Johnson said that the country will leave the European Union even in a “No-Deal Brexit” if necessary. Now, the Swiss Federal Council and the UK government have agreed to let professionals move freely between the two countries for work purposes in the event of a ‘no-deal’ Brexit. This was expected to pave the way for more agreements between the two (2) countries. However, Switzerland had already made a step outside the post-Brexit trade agreement after it signed an agreement with China.

The pair were seen to continue its rally after it broke out from a major resistance line, sending the pair higher toward its year-to-date (YTD) high. The European Union was seen increasing its effort to be relevant not just in Europe but across the globe. The 28-member state bloc criticizes the militarization of the South China Sea. The South China Sea is a major shipping route with estimated 1/3 of global trade passing through it. It was also one of the most disputed territorial seas in the world with countries like Brunei, the People’s Republic of China (PRC), Republic of China (ROC/Taiwan), Malaysia, Indonesia, the Philippines, and Vietnam, claiming parts of the ocean. World powers – United States, Australia, France and Germany of the European Union – had increased their surveillance to make sure that the sea was open to everyone. Aside from the South China Sea, the EU had also increased its effort to influence the Middle East.