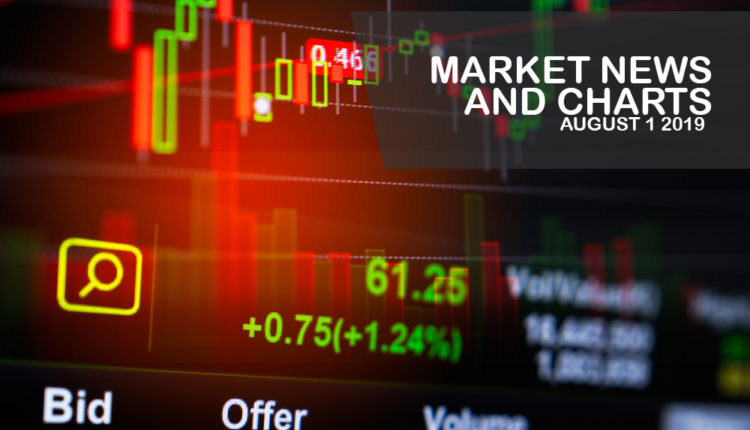 The pair was expected to bounce back from a major support line, sending the pair higher toward its 24-month high. Boris Johnson outgunned Jeremy Hunt, the current Foreign Secretary, a position which Johnson previously held before his resignation, to become the new leader of the Conservative Party, and to an extent the new UK Prime Minister. Boris Johnson said that the United Kingdom will leave the European Union “without if’s or but’s”. This stance by the new Prime Minister might trigger the secession of Scotland and Northern Ireland from the UK. These two (2) countries voted to remain in the EU during the 2016 UK referendum, which resulted to the Brexit, which in turn resulted to the Scottish referendum. Following the withdrawal of the UK, the 27-member state bloc had strip former British colonies, Australia and Canada, from accessing the bloc’s financial market, a move that might hurt the United Kingdom.

The pair failed to recover after it broke down from a major support line, sending the pair lower towards another major support line. The Western world was in an economic uncertainty with the slowing global growth in the United States and the European Union. On the other hand, the East was prospering following the integration of the of the ASEAN (Association of South East Asian Nation), , the ratification of the pacific rim trade pact, the CPTPP (Comprehensive and Progressive Trans-Pacific Partnership), and the proposed Regional Comprehensive Economic Partnership (RCEP), which was composed of the ASEAN Plus 6 (ASEAN, Australia, New Zealand, Japan, South Korea, China, and India). Japan was members of these international organizations and had recently ratified the EU-Japan Free Trade Deal. The European Union on the other hand, might not be able to close the EU-Mercosur trade deal.

The pair was seen to fail to breakout from a major resistance line after it bounced back from a major support line, sending the pair lower towards its previous low. Bank of Canada (BoC) said that the country was unlikely to follow and Federal Reserve interest rate cut. The Federal Reserve Chair Jerome Powell announced yesterday, July 31, that the American central bank will cut 25 basis points of the country’s interest rate in response for the concern of a looming recession. This was the first time that the Fed cut its interest rate in 11 years following the 2008 Global Financial Crisis. Canada on the other hand, was seen minimizing its exposure to the United States after President Trump waged a trade war against countries that it found were doing unfair trade practices, including its allies and neighbors. Canada had also increased its influence in Asia with the CPTPP (Comprehensive and Progressive Trans-Pacific Partnership).

The pair will continue its steep decline after it broke down from a “Rising Wedge” pattern support line. The race is on for the 2020 U.S. Presidential Election. 15 months from now, the U.S. will elect either the incumbent U.S. President, Donald Trump, or a new American president. Yesterday, July 31, Democratic presidential hopefuls held a debate. However, a popular name was always mentioned despite not being an American, New Zealand Prime Minister Jacinda Ardern. Marianne Williamson and Pete Buttigieg both showed admiration for the Democrats’ fastest-rising star. Marianne Williamson claimed that her first task as President of the United States would be to call the prime minister of New Zealand. “Her goal is to make New Zealand the best place in the world for a child to grow up,” Williamson said. While Buttigieg was the same age with Ardern who serve the office at the age of 37.