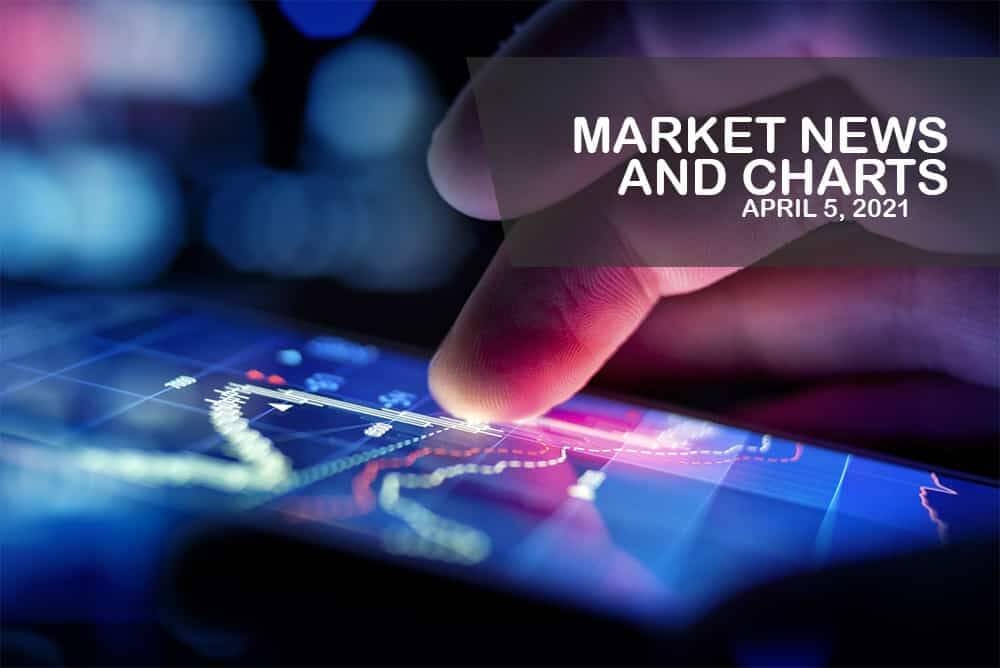 The pair will continue to move higher in the following days towards June 19’s closing price of 6.67155. The 10-year maturity note is trading at 1.725% during the early North American session. This was a 0.005 percentage point jump from last week. The building momentum is expected to break past the 1.475% 14-month high recorded on the last trading day of March. The 2 trillion infrastructure plan by the Biden administration is the key catalyst for the bullish movement of the bond. Analysts are wary that Federal Reserve Jerome Powell might be able to tame the bond yield since the fixed income asset traded higher despite the US central bank downplaying the increase in prices. In addition to this, Biden plans to increase corporate tax to 28% from the current 21%. Higher taxes and a record spending plan will pressure the Fed to raise its raise earlier than the 2023 forecast to combat inflation. Thus, the current scenario points out to further strength in the USD. 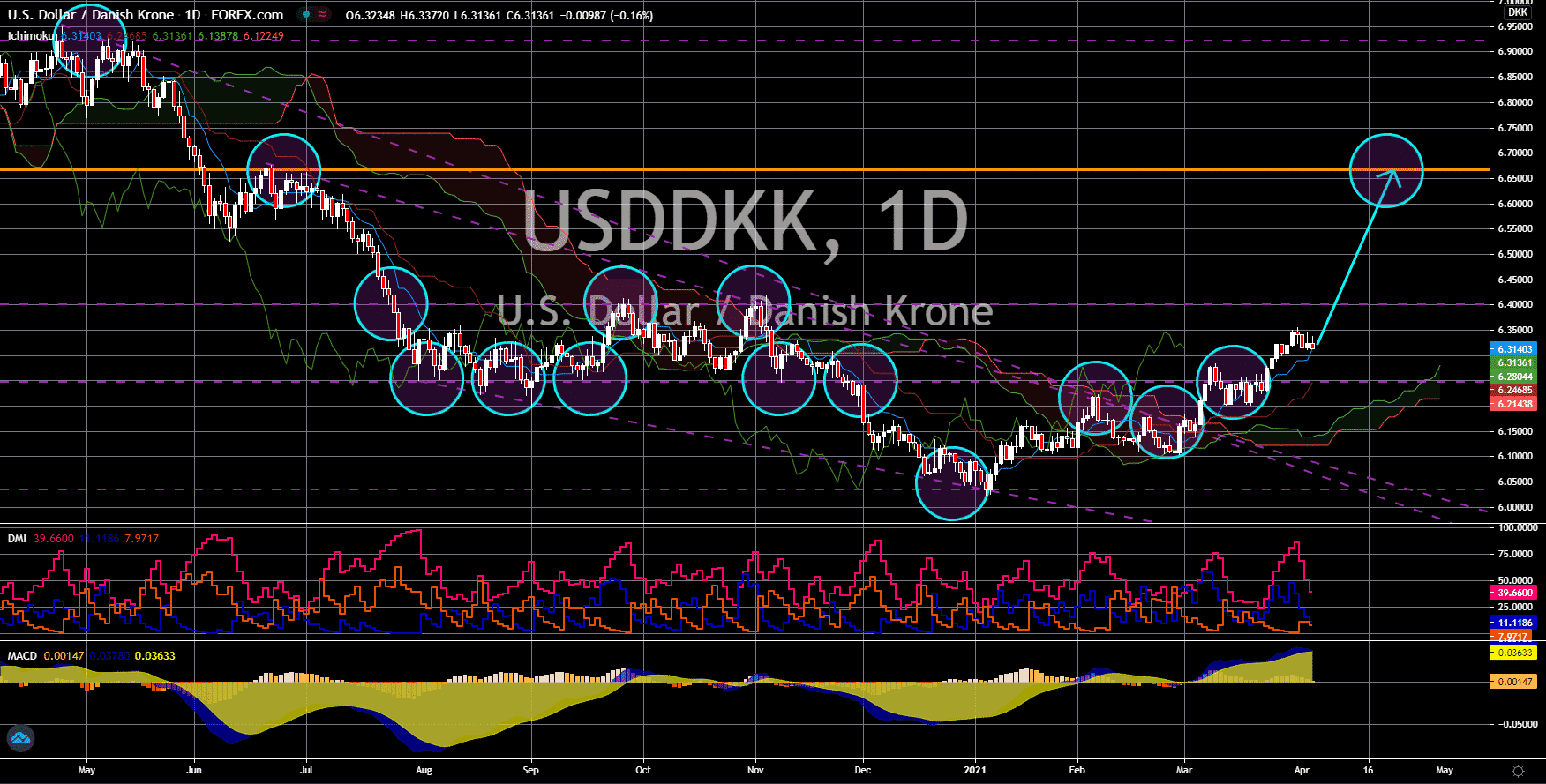 The pair will break out from its August high to reach 12-month high. Recent reports from the United Kingdom showed positive momentum towards economic recovery. First, the 2020 GDP performance was revised lower from its previously announced -9.9% contraction to -9.8%. Following this was a -3.7% plunged YoY of retail sales, which suggests that consumer spending is nearing the pre-pandemic level. The data came from February or during the time that the British economy is still in full lockdown. In March, Prime Minister Boris Johnson eased several restrictions, which will positively impact the economy. And on Monday, the leader unveiled mass testing of COVID-19 as he plans to fully reopen the economy. Earlier in March Finance Minister Rishi Sunak projected the UK economy recovering from the coronavirus pandemic at the end of 2021. And last, the Manufacturing PMI jumped to 59.8 points in March from 55.1 points prior. 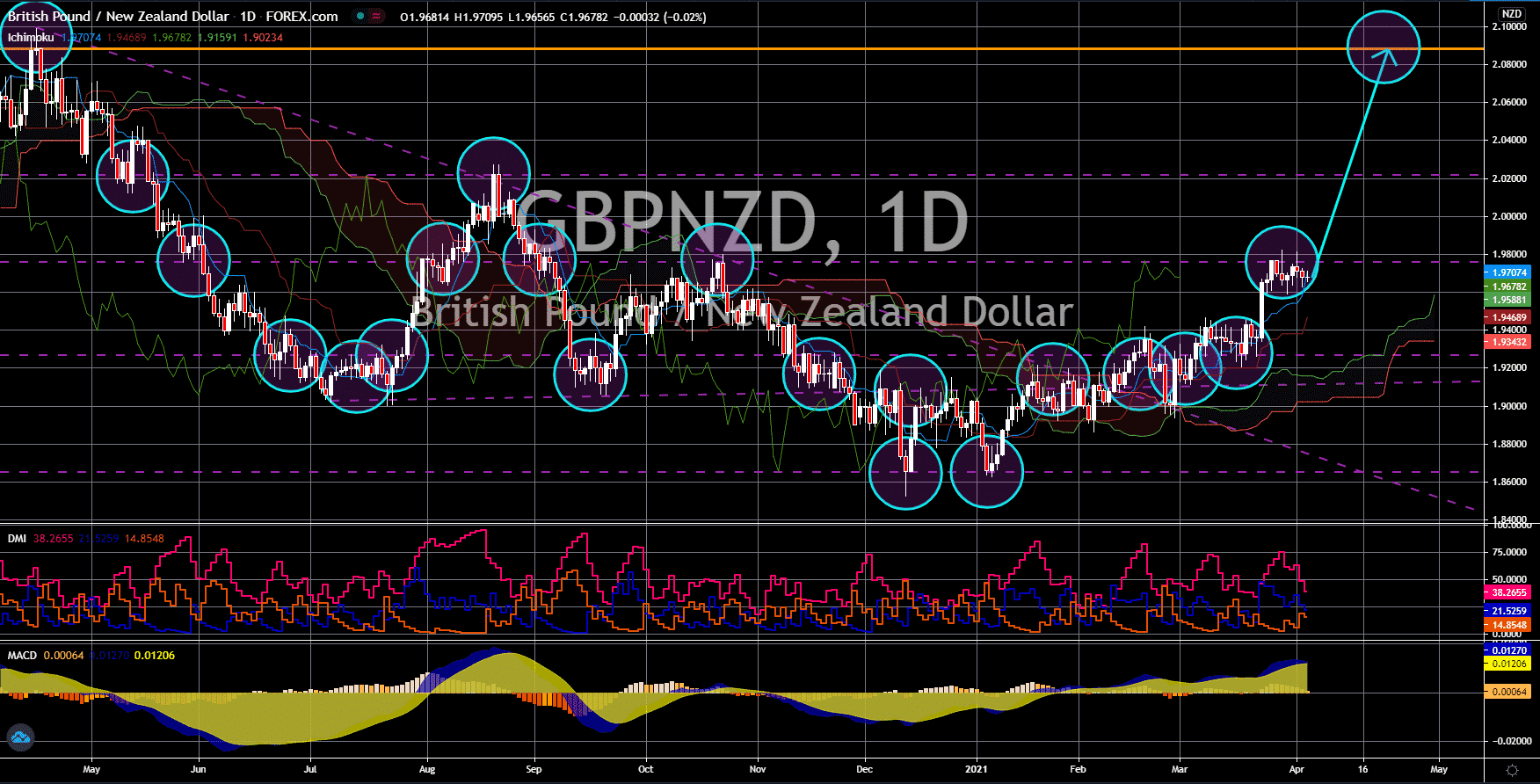 The pair will continue to make gradual improvement in prices to form a “Cup formation”. The Chinese industrial output in the first 2 months of fiscal 2021 soared by 35.1%, which indicates a robust Q1 2021 data from the world’s second-largest economy. Other key data were also up by double digits during the same period. Retail sales showed resiliency with 33.8% figure while fixed-income investment expanded by 35.0%. Both reports contracted during the same period last year of -20.5% and -24.5%. Analysts expect that if the upbeat performance extends until March, the GDP for the first 3 months of the year could reach between 15% to 20%, easily outperforming all major economies. As a result, the World Bank predicts China to lift its Asian neighbors with 8.1% growth for the current year. In addition to this, the global financial institution said that China’s per capita income improved by 17.7% in 2020 against the decline in the US and the European Union. 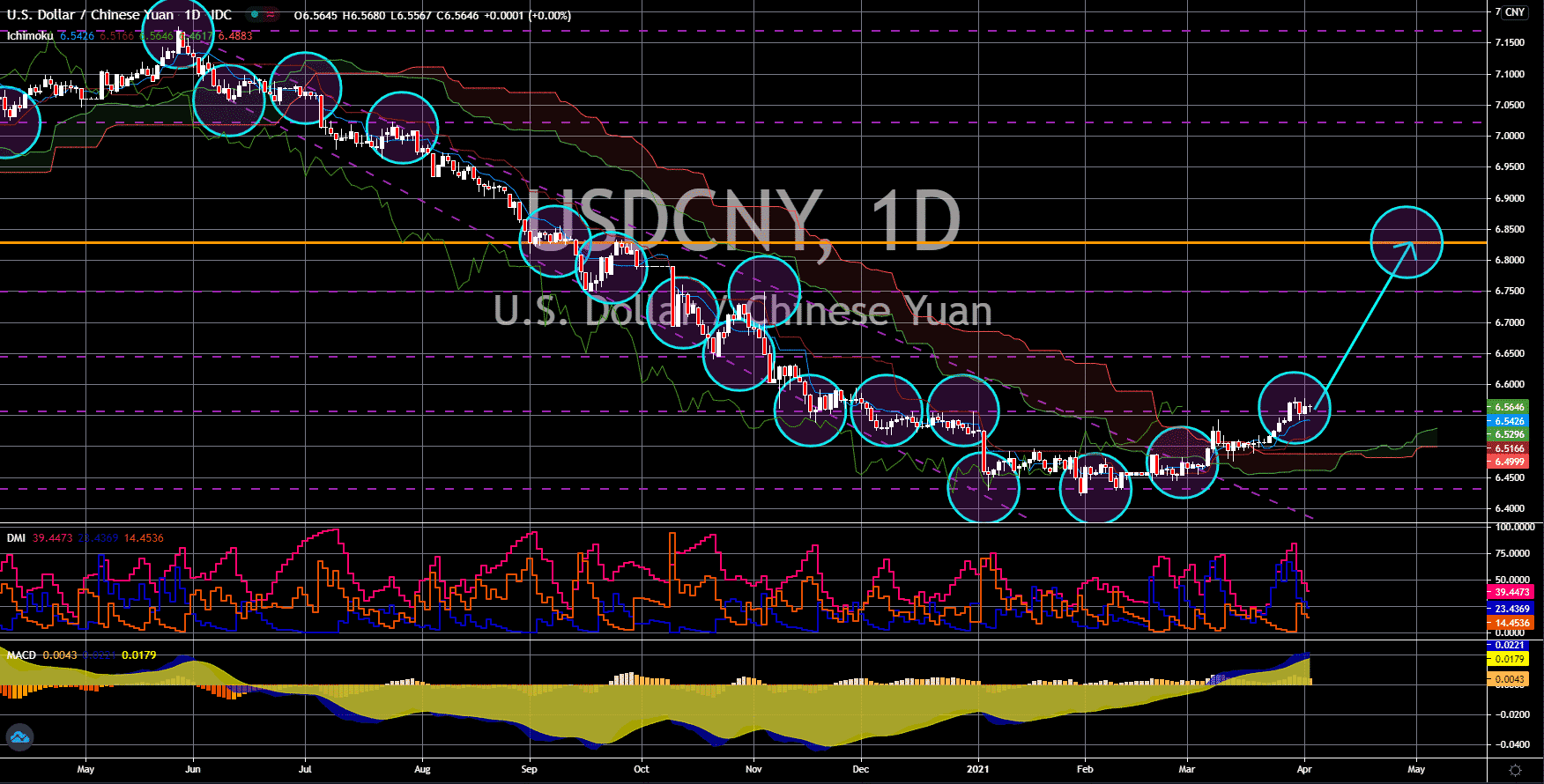 The pair will break out from a key resistance area to reach an all-time high price around 9.00000. Turkey joined China at the positive territory in fiscal 2020 after its economy grew by 1.8%. The IMF expects the Eurasian economy to further advance this year, revising its earlier projection of 5.0% in January to 6.0% on Friday, April 02. Credit rating agencies Moody’s and Fitch Ratings also revised their forecast upwards. The forecasts are 4.0% and 6.7%, which were both upgrades from the 3.5% initial readings. This will help the USDTRY pair to reach record high in coming sessions. In addition to this, investment firms are shorting the lira due to the sacking of the two (2) highest officials of the Turkish central bank. President Recep Tayyip Erdogan reportedly fired the governor and deputy governor over differences in cutting the country’s benchmark interest rate. In 2018, the lira also nose-dived after President Erdogan appointed his son-in-law as finance minister. 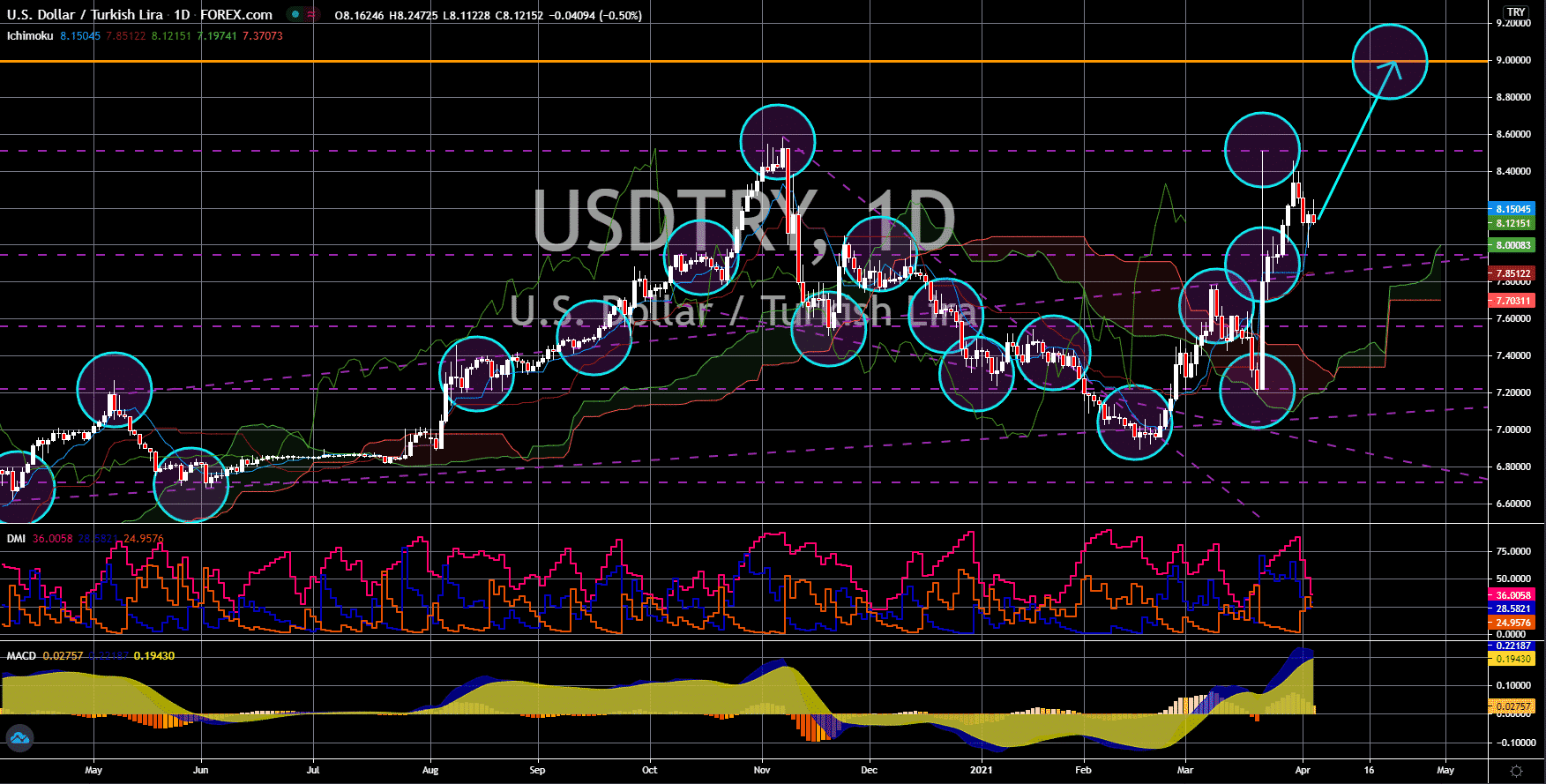