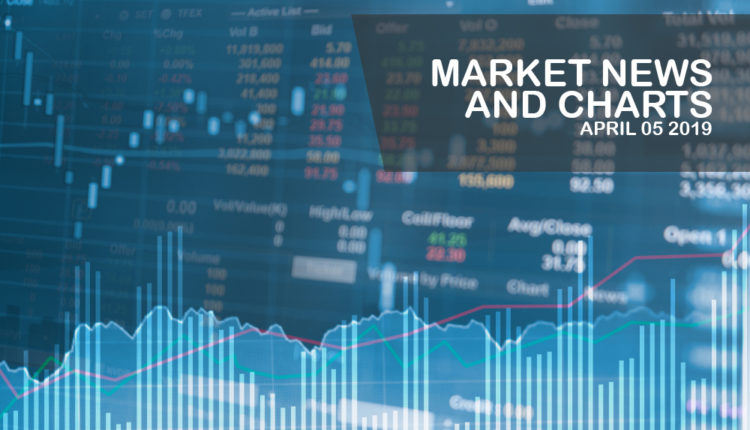 The pair failed to sustain its strength after it bounced back from a major support line, sending the pair back to its support. The Canadian government had issued a travel advisory for Canadian living in the United Kingdom due to the threat of a possible terrorism following the demonstrations taking place in the country right now. Last May 29, UK Prime Minister Theresa May’s third deal was turned down by the UK Parliament, prompting PM May to use the agreed extension until April 12 that her government and the EU managed to agree before the historical vote. In line with this, PM May was once again heading to Brussels to ask for a Brexit extension until June 30 to strike another deal for the UK Parliament. Canada was being lured both by the United Kingdom and the EU to engage in a bilateral trade agreement. However, with the current Brexit crisis, it will be likely for Canada to side with the European Union.

The pair was seen trading above a major support line and was expected to continue its upward movement to reach a 21-month high. Russia was expanding its military base in the arctic region at a face pace as it tries to cement its authority and claim over the region. The arctic region was melting at a fast pace due to climate change, paving way for another disputed area among the countries surrounding it. The United States was trying to take advantage of a new territory through the its state of Alaska. Another claimant on the arctic region was Denmark, which maintains authority over the Greenland as part of the Danish Realm. Denmark was turning to the United States led NATO (North Atlantic Treaty Organization) Alliance to help the country to take claim over the region. Only 44% of American supports the NATO Alliance, while its European allies ranks highest than the US with Denmark at 80% satisfactory rating.

The pair was expected to break down of the “Rising Wedge” pattern, sending the pair lower to its nearest support line. The United Kingdom was losing its influence over its former colony New Zealand. In the recent months, New Zealand was seen to be taking its own decision in contrast to its neighbor Australia and from its former colonial master, the United Kingdom. New Zealand was the first country to express its interest in making a post-Brexit trading relation with the UK. This is while maintaining its trading relation with the European Union. New Zealand Prime Minister Jacinda Ardern was in China as she tries to fix and strike a free trade agreement with Chinese Premier Li Keqiang. This move was seen to defy the United States’ pressure to its allies to cut their relations with the country. PM Ardern said that the Chinese technology company Huawei was never excluded from building the country’s Fifth Generation (5G) Network.

The pair failed to break out of the downtrend channel middle resistance line, sending the pair lower to its support line. US President Donald Trump says that the United States and China can reach an agreement in four weeks. The trade war between the two countries has escalated from economy to politics. During the G20 Leaders Summit in December 04, the US and China hold a sideline meeting that led to a 90-day trade truce that ended last March 01. However, on the same day, Canada arrested Huawei’s Global Chief Finance Officer Wang Meng Zhou as part of its extradition treaty with the United States. This had led to retaliation of China to Canada, which became a casualty in the trade war. After the trade truce, US President Donald Trump expressed his willingness to extend another 60 days as the possibility of reaching a deal was imminent. The extent of win of the US with the trade war will be determined once an agreement is reach.