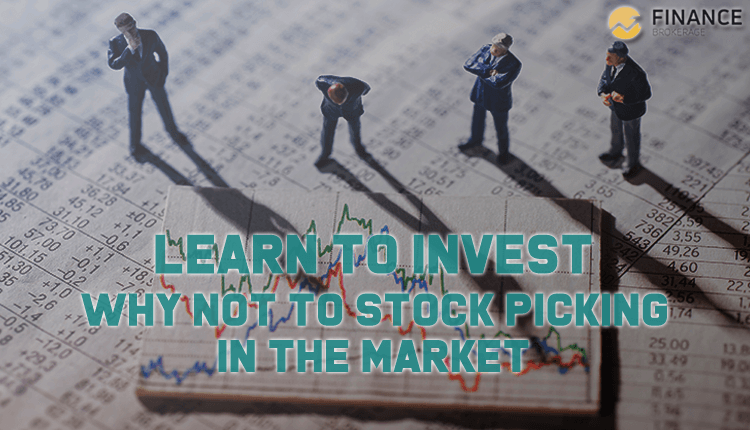 Learn to Invest: Why not rely on stock picking in the market

Playing around the stock market isn’t going to make you wealthy. At the same point, it isn’t about how good you were or how much luck you get. Lastly, it isn’t about starting with a substantial fortune you have. The whole stock market is great at a lot of things. Furthermore, investing in stocks provides each financial future a role. But it might not make you a billionaire in the future.

According to Forbes, there are 1,826 identified billionaires listed in its 29th annual billionaire status, and that record includes 290 first-timers. The billionaire’s list is consists of various individuals with various backgrounds. That of which includes individuals with just a few in their working hands. However, to tell you the truth not a single one of them reach their success from a brokerage account.

Berkshire Hathaway chairman, Warren Buffett is a self-made billionaire and one of the richest individuals worldwide. He is a well-known investor of all time. Buffett bought his very first stock, the six shares of Cities Service when he was eleven years old. Developing his skills in the market, he’d train under the great Benjamin Graham, a British-born American investor, economist, and professor. Buffett also teamed with Charlie Munger,  an American investor, businessman, and philanthropist. That of which entering the year 2015, he had a net worth of more than $62 billion.

The wealthy’s way to success

A majority might not get Warren Buffett’s success story. At first look, Buffett’s story is steady, a smart investor with knowledge in various business fundamentals. An investor who pick good stocks and soon got on an above-average market returns.

There are other people which we could look up too. That includes Carl Icahn and George Soros, who both came on with billionaire stock portfolios since the 1960s. Both led a crowd of imitators following their success. The three individuals we are taking as examples appeals on a variety subset of investors. Icahn on to the contrarians, Soros on the psychology-based investor reflexivity advocates, and Buffett on the fundamentalists.

It isn’t easy to follow these billionaire’s path. They all do clever things as entrepreneurs and businessmen. They are enthusiastic to meet and at best, overpass their shareholder and consumer demands at the right time.

That is to say, let’s take Buffett’s genius management as he personally evaluates business operations and discovering underestimated opportunities.

During his 30s, Buffett actively operates seven different partnership. In 1965, he personally meets Walt Disney before deciding to invest a $4 million in Disney.

Furthermore, by the year 1970, Buffett’s 40s, he diffused his partnership and stripped its assets. Therefore brings him unto becoming the chief executive officer of Berkshire Hathaway. He then actively go all over the country, performing valuations and meeting fellow entrepreneurs.

Fact is, Oracle of Omaha didn’t just analyze financial statements and make trade orders. He also created a brand, give advice on up-and-coming companies on its operations, and setting up a whole national business network. The Berkshire Hathaway generates profit in ways that no individual could think of. This was somehow led by the company’s fantastic cash flow, Enabling Buffett to cut deals which aren’t open to the general public. Also, Buffett’s personality to give time and travel around the globe to analyze firms at first-hand.

If you look at the Forbes list of the 400 wealthiest people, you can’t see a single one making fortune just by making stock picks alone. No one was an employee in their entire careers. All are either entrepreneurs or financiers of entrepreneurs. Mostly are owning businesses and or a partner in a multi-billion dollar ventures.

The Difference Between CFD and Investment Accounts

SWAP Fees – What are They and How Do They Affect Traders

What are crypto-related crimes and how to avoid them