With rapid changes, both due to the pandemic and political shifts in some of the world’s biggest countries, there is a lot to keep up with. Changes in the forex market often reflect real life, so it’s no surprise that the world of forex has been very busy. We are here to help cut out some of the stress associated with trying to follow the market with an overview of last week’s most significant happenings.

Currencies rose and fell, swapping positions nearly daily. The dollar was the biggest loser of the fluctuation, causing a sizable selloff. 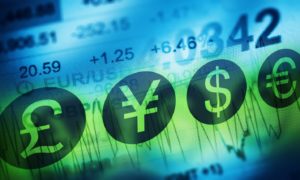 However, the situation wasn’t as bad as it sounds as it was sold off primarily against commodities and the sterling, albeit slightly less. With other significant assets, such as EUR, CHF, and Gold, the US Dollar barely managed to claw its way into the established range.

The Canadian counterpart also experienced a mild rough patch due to WTI crude oil finding little follow-through. However, AUD and NZD came out as winners, ending up as the strongest, although it’ll also be tested soon.

Another currency that overperformed (due to very low expectations) was the Yen. While it was rightfully underperforming at first, Minister Shinzo Abe resigned and caused it to jump slightly, avoiding the last place.

As opposed to currencies, stocks and yields showed stable growth. There’s no doubt that the well-off position is a result of the Fed’s new strategy. 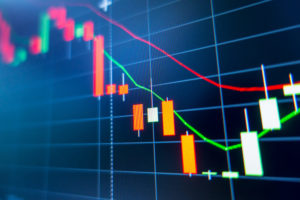 Average inflation targeting, as it’s called, will aim to average out inflation at 2% over an extended period of time. If the rate drops under the threshold, it will slightly increase over 2% for a period to even things out.

As the announcement was made, both the S&P 500 and NASDAQ rocketed upwards, with even DOW managing to close the distance. They all closed strong, leaving experts optimistic and the yield curve in its best shape in quite a while.

While the dollar selloff did have a significant impact on the currency, the Dollar Index remained steadfast. However, the index has been in a bear market, with experts predicting further falls in the near future. So far, there’s no indication of it bouncing back.

Gold was more of the same. Some shaking in the graph, the value remained well inside predicted ranges. Further predictions state that the precious metal should follow the same consolidation pattern it’s in now.

When traders look at energies, they mostly point towards crude oil, and when they trade metals, it’s mostly gold or silver. However, this week brought some changes, as natural gas and iron ore markets looked quite strong.

Natural gas has been growing for quite some time now with the trend expected to continue. It will, however, be faced with a significant bump in the road as it approaches May’s high. On the other hand, iron ore has been bolstered significantly by market demands in China. The instrument promises to continue going strong, as supply issues did not weaken it.