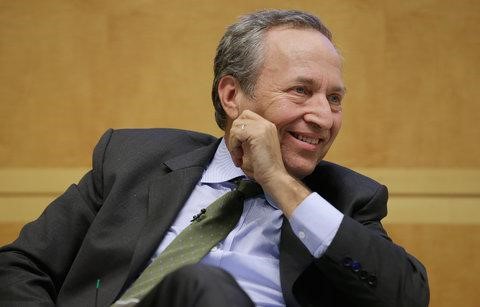 Larry Summers Warns The United States Not To Expect Miracles

Optimistic news abounds in the US, with the President announcing phase one of talks with China. This announcement comes after a protracted trade war between the two countries. A former finance secretary, Larry Summers, is stirring the headlines with his opinion on the talks.

While many people remain optimistic that the trade war will end soon, Mr. Summers holds a different opinion. The finance expert is of the idea that it will take time before things get back to normal. This, he says, is true on either end of the countries feuding.

Mr. Trump announced that both the US and China were looking for a location to sign the temporary agreement. Market players received this message with a hopeful sentiment, with many experts predicting better performances this week. There is also a sentiment building up that the two countries will sign the deal this month.

Supportive of the Deal

Mr. Summers stated that he is all for the deal to go through. Speaking while in China, he warned that people should not kid themselves into thinking things will change immediately. In his opinion, Mr. Summers says that a single ceremony will not remedy everything.

Mr. Summers, however, reiterates that even if the two countries sign the deal, there will continue to be tensions. There is a growing opinion that China is stealing too many of the US’s intellectual property. This theft is resulting in many counterfeit products hitting the market and robbing the US of revenue.

Summers also touched on the external influences he opines are affecting the global economic outlook.  At the top on his list is the financial strains taking center stage in China. Additionally, growing uncertainty in the Euro Zone is something else that Summers is wary of.

Although Summer’s opinion seems to hold weight, other economists argue differently. Many are of the idea that slow economic growth in China is sustainable for the country. Compared to previously, when the economy would expand rapidly and with it expose the country to other challenges. Experts tout this current slow growth as the most convenient way for the Chinese economy to expand.

While China will continue to be a major world economy, the sentiment is that it will not be as significant. The hanging uncertainties over the structure of the economy and spillover effects of the trade war increase the pessimism.