Huawei: Huawei, the Chinese telecoms equipment maker, is reviewing its relationship with FedEx Corp (NYSE: FDX). The review came after it claimed the U.S package delivery company, without a detailed explanation, diverted two parcels destined for Huawei address in Asia to the U.S and attempted to reroute two others.

All were without authorisation, Huawei providing images of FedEx tracking records. FedEx declined to comment, saying company policy prevented it from disclosing customer information. Huawei declined to elaborate on why it thought the packages were diverted.

However, FedEx spokeswoman Maury Donahue said the packages were “misrouted in error” and that FedEx was not requested to divert them by any other party.

“This is an isolated issue limited to a small number of packages,” said FedEx, referring to the four parcels affected. “We are aware of all shipments at issue and are working directly with our customers to return the packages to their possession.”

The U.S. Department of Commerce did not reply to a request for comment on whether the incident might be related to its move on May 16 to add Huawei to the so-called “Entity List,” preventing it buying certain items from U.S. companies without U.S. government approval.

Huawei said it had lodged a formal complaint with China’s postal regulator, which it said is investigating the incident. China’s State Post Bureau did not return a request for comment.

The US says Huawei, the world’s largest telecom network gear maker – creating the next generation of wireless networks known as 5G – is a potential national security threat because of its close ties with the Chinese government.

Huawei has repeatedly denied that the Chinese government, military or intelligence services controlled it.

Huawei founder says he would oppose Chinese retaliation against Apple 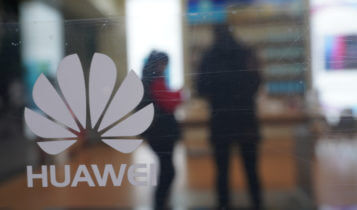 Ren Zhengfei, the Huawei founder and Chief Executive, told Bloomberg that retaliation by Beijing against Apple Inc (NASDAQ: AAPL) was unlikely. He said he would oppose any such move from China against the iPhone maker.

When asked about calls from some in China to retaliate against Apple, Ren said that he would “protest” against any such step if it were to be taken by Beijing.

“That (Chinese retaliation against Apple) will not happen first of all, and second of all, if that happens, I’ll be the first to protest,” Ren said in the interview with Bloomberg.

He conceded that export curbs from the U.S. Administration would cut into a two-year lead built by Huawei over its competitors. However, the company will either ramp up its chip supply or find alternatives to stay ahead in smartphones and 5G.

“We might miss our expected growth target, but we are still growing. Being able to grow in the toughest battle environment, that reflects how great we are,” Ren said of Huawei’s consumer division of the business that depends on US chips and software.

Companies like Google, whose Android operating system powers most of the world’s smartphones, said it would cut ties with Huawei as a result of the ban.

As the number of companies supplying Huawei with components and software falls, Ren added that Huawei would use its own products instead.

“The US has never bought products from us. Even if the US wants to buy our products in the future, I may not sell to them. There is no need for negotiation.”