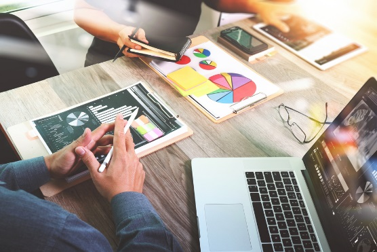 How to use Fibonacci Fan Trading – Forex Explained

If you tend to rely on technical analysis in trading, you already know the Fibonacci fan trading, sequences, and of course, the Fibonacci levels. Generally speaking, these are mathematical calculations based on the golden ratio that you can apply to trade Forex, stock, indices, and so on.

The Fibonacci sequence represents a series of numbers. These are 1, 2, 3, 5, 8, 13, 21, etc. While looking at it, you will realize that each subsequent number is the sum of two previous numbers.

These series have found their way into online trading, Fibonacci stocks trading where traders exploit the Fibonacci sequence to generate support and resistance levels.

What is a Fibonacci Fan Trading?

The Fibonacci Fan is an indicator that is specifically used to analyze trends.

Basically, the Fibonacci Fan is represented on the trade chart as lines show resistance and support levels in a dominant trend.

In other words, the Fibonacci fan trading exploits Fibonacci ratios to find potential support and resistance points on a trend.

Fibonacci fan trading strategy – you might be wondering why this name.

Well, it turns out that the Fibonacci Fan Indicator, when fully plotted on the trading chart, actually looks like a fan.

In fact, the indicator is made up of Fibonacci fan lines ranging from the trough or peak of a trend to points dictated by Fibonacci retracements, which are 23.6%, 38.2%, 50%, and 61%.

To represent these levels on the chart, you have to choose a trendline as the basis for the Fibonacci fan. Usually, it is an invisible vertical line designed to cover the price movements from the lowest price to the highest price over a specific period.

Once you’ve done that, it’s time to find some Fibonacci retracements levels.

You need to divide the price difference at the lowest and highest level by the ratios derived from the Fibonacci sequence.

As we have already mentioned, the commonly used ratios are 23.6%, 38.2%, 50%, and 61.8%.
When you connect the starting point of the trendline at each of these retracement levels, you get the Fibonacci fan indicator.

Before we look at fans’ interpretations of Fibonacci, let’s first understand how it was calculated.

How to Calculate Fibonacci Fan

Here is the thing: the Fibonacci sequence is based on complex mathematical calculations, and we won’t bore you with the whole process.

But, already knowing that this indicator is based on the Fibonacci sequence is enough to draw and trade successfully.

With that in mind, you should know the following:

Whether a trend could be up or down leads to two types of Fibonacci fans.

Since you are eager to execute a trade in both scenarios; (entering a long position during an uptrend and a short downtrend), we reveal a Fibonacci fan setup in both cases.

Fibonacci fan on the rise

In summary, it takes two points to draw these lines:

The first is the trough, or simply the lowest level of a trend. And the second is right at the retracement level.

The Fibonacci line is falling.

Again, you need two points to attract Fibonacci fans to a downtrend: the first point being at the top of the trend and the second being at the retracement level.

At this point, you are ready for the next step on how to use a Fibonacci Fan to trade.

What does the Fibonacci fan tell you?

It’s simple if you know how the Fibonacci indicator works.

To decode the Fibonacci fan, you must watch how the price movements interact with the fan levels.
As the price changes between fans, you can easily predict its future moves based on whether they have found resistance or support levels.

But this only happens when prices fall. When this happens, the fan lines help you predict possible points where the asset might go next.

In case of a downtrend, you can use Fibonacci fans to identify potential resistance or reversal levels.
On the other hand, when the price is in an uptrend, you have the points to watch for possible support in the event of a pullback.

With that said, let’s see how to add the Fibonacci fan on the trade chart.

To add a Fibonacci fan to your chart, you will need to log into your trading account, select the asset you want to trade, and finally, choose your preferred chart type.

Locate the function of the indicators and click on it.

A list of indicators will appear. Select the Fibonacci fan. Once you’ve done that, determine the general direction of the trend.

If it goes up, determine the lowest point. Connect it to the peak. But if the trend is bearish, connect the highest point to the lowest.

How to place trades using this indicator?

The most effective way to trade using a Fibonacci fan is during a major trend, one with strong momentum, and it doesn’t matter whether it’s bearish or bullish.

Only when there is a major trend can one observe significant and sudden price drops. In fact, the indicator works best during these times.

Also, usually in any reversal, the first wave is usually strong compared to the following ones. As such, as the wave loses momentum, the price lows.

Peaks start to form from the bottom to linger on the lower fan lines.

What timeframes should you use with this indicator?

Use 5 minutes to research entry points if you are a day trader.

If you prefer to hold a position for more than two days, 4 hours or more is recommended.
Use both the fans and the Fibonacci levels.

You have to take a selling position on a retracement level called Fibonacci resistance when the market is down.

The theory behind the Fibonacci indicators shows that when the price of an asset takes a new direction, the same price will partly retrace on a previous price level, called the Fibonacci level, before resuming in the direction of its trend.

However, no indicator is 100% sure to predict the market, Fibonacci fan included.

Therefore, you can significantly improve its effectiveness by combining it with other indicators. Indicators that you can combine with the Fibonacci fans are Oscillators like the RSI, EMA.

What does Technical Analysis mean?