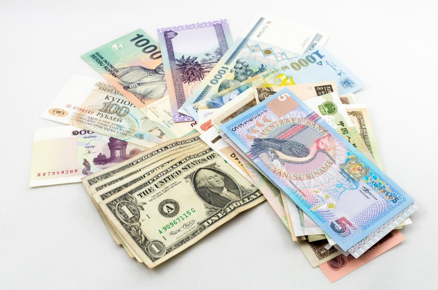 How To Trade Exotic Currency Pairs?

The Foreign Exchange market is the leading and most liquid financial market in the world. It has approximately about 5 trillion in daily turnover.

To add, the market permit individuals, corporations, banks, and investors to exchange one currency for another.

In a typical currency business deal, one party trades an amount of one currency for a particular quantity of another currency.

There is a section of the currency market that is not very liquid.

Exotic Currencies are from emerging market countries and developing nations.

Most forex traders concentrate on trading the major and minor currency pairs while they totally ignore exotic currencies.

Exotic currency pairs also signify a huge opportunity for the trader who is willing to endure a significant amount of risk.

Moreover, a trader who is inclined to take some special considerations into account.

The main explanation of why qualified traders should think about exotic currency pairs is due to their high-profit potential.

Lots of exotic pairs are generally inversely connected to the major currency pairs and as such can make available good trade prospects whenever the major pairs are not trending.

The transaction of exotic pairs occur for hedging objectives as well as an assumption, but the risks can be significant.

This article outlines the main qualities of exotic currency pairs and defines how to essentially trade such currencies.

Lists of exotic currency pairs? Here are a few examples:

How To Trade Exotic Currency Pairs?

Firstly, always keep your trading size within your preferred risk levels. Given the huge moves that exotic pairs can make, you must protect yourself so that a failing trade does not wipe out your account.

Furthermore, you have to constantly set a wide stop loss distance.

It is for the reason that the large swings in prices might knock you out of a lucrative trade due to a tight stop loss level.

On the other side, a room for the exotic pairs should be continually moving sufficiently before launching their ultimate trend, which might be in your favour.

Meanwhile, some sources of fundamental news, such as news on monetary policy and GDP may not be immediately available for exotic currencies.

Therefore, traders should limit themselves to trading the exotic pairs that they have an in-depth knowledge of in order to reduce their risk exposure.

Always remember, before capitalizing in an exotic pair, you should at all times consider correlations between the currency and associated financial assets. 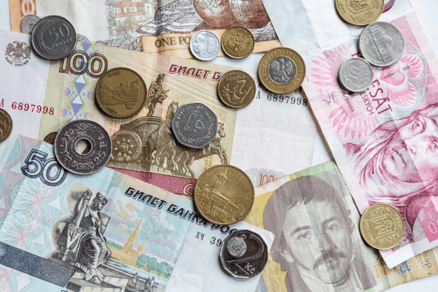 For Example: The demand and supply movements for outlying nations can be challenging, thus leading to enhanced risks.

There are a number of trading strategies that are useful in the forex market. It is even when utilized to exotic currency pairs which are known to be more unpredictable and less liquid than major pairs.

For the purpose of this article, we have emphasized three that might be valuable for you when trading exotic currencies:

It is a widespread trading strategy for exotic currencies.

The strategy involves recognizing an overall trend for a currency pair and going either long or short differing on whether the trend is bullish or bearish.

Trend trading can also offer quantitative data to boost your decision making while contemplating on the price movements of exotic currencies.

Breakout trading depends on a mixture of both technical and fundamental analysis.

It is to make the most of an asset’s price measures once it breaks through a historical level of support or resistance.

The most well-known chart patterns to use during a breakout are ascending and descending triangles, pennants, and wedges.

One thing to keep in mind when trading using a breakout strategy is that there is a possibility that a breakout could be a false breakout.

Range trading entails trading an exotic currency pair within a set range of support and resistance.

A trader will try to find profit from the peaks and troughs within the range by going either long or short.

In addition, they will often turn to chart patterns such as wedges and triangles to verify their projections about a market’s movements.

End Of The Line

In summary, trading exotic currencies can be an exciting and highly profitable venture.

On the flip side, it can also be unsafe and there are special concerns into account.

Traders should make certain that they constrain their risk exposure. It is by following the guidelines outlined in this article.

The key to efficiently trading exotic pairs is to conduct comprehensive research of their home countries.

It is in order to have a detailed knowledge of their economies and the fundamentals that drive such pairs.

What is Technology Modernization Fund?

Stocks as a Holiday Present – How is it Possible

What is Exchange-Traded Fund? – Everything You Need to Know

Abnormal Return – the theory of massive profits or losses