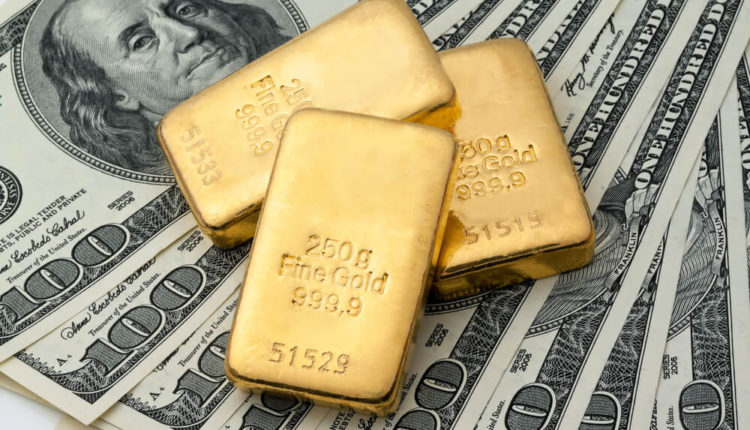 On Thursday, Gold prices declined as the dollar maintained high for near three weeks. The testimony of U.S. Federal Reserve Chairman Jerome Powell inferred gradual hike on interest rates. This is along with the continuous placing of pressure on the prices of metals.

There was a 1,224.6 per troy ounce trade on August delivery of Gold Futures on Comex  division of the New York Mercantile Exchange. This was a 0.27% decline compared to the previous session.

Gold price’s decline came as the dollar remained steady against its rivals after Powell’s comments. On Thursday, the US dollar index is unmovable at 94.84. This followed after its three-week high of 95.407.

“If the economy plays out as I expect, it may be that rates need to go up a little faster than that…the general picture is still limited and gradual, not too far and not too fast,” Sanders said.

White House Economic Advisor Larry Kudlow, on one hand, said that the trade discussions between China have stopped for now. Moreover, its recent talks with the European Union (EU) have been favorable. The US administration, on the other hand, is setting expectations for a significant trade from the EU soon.

Gold prices stay near low for one year

On Wednesday, the prices of gold have stayed near the low for one year on a strong dollar. This followed after the Federal Reserve Chair Jerome Powell’s testimony.

Meanwhile, Powell highlighted that the Fed should make the gradual hike on interest rates. Furthermore, he added that the trade frictions and fiscal policy made indecisions in the future.

The Fed had made a two-time hike on interest rates and it is likely to make another hike this year. The higher rates will struggle gold, which is exempted from interest, in competing with other profit-bearing assets.

The increase in dollar made a decrease in gold. This is because gold is sensitive to the movement of the dollar.

The US dollar index made 0.16% to 94.88 rallies. Gold will become more expensive on other currency holders’ as the dollar increases.

US to Pursue Cutting Off Trade Deal with Mexico, Canada – Trump

Gold Remains in a Narrow Range Above 1,900

The Biggest Movements of Precious Metals is Coming