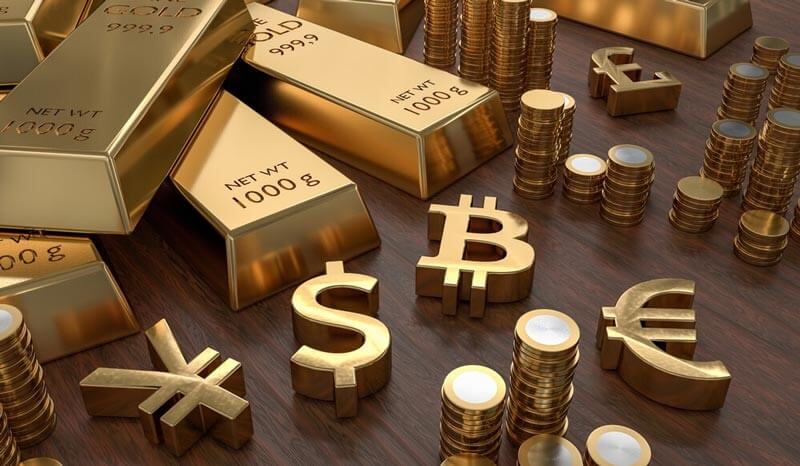 Gold has been stuck in a channel for the first quarter of 2018 as it continues to trend sideways.

Analysts also suspect that the metal is set to drop even lower towards the end of the range. These worries are fueled by the falling resistance for spot prices which is provided by the declining highs. Nowadays, there is little support to help boost the price of gold.

In other precious metal trades, silver futures were able to slightly bounce back from a low of $16.750 per troy ounce set earlier in the day. It’s now up by 0.003 cents or 0.02 percent to $16.790 per troy ounce from previous close.

On Tuesday, data on housing starts were releases, showing that it was up by 1.9 percent to 1.319 million units.

In a separate statement, the Federal Reserve said that industrial production was up 0.5 percent in March. This took place after a climb of 1.0 percent in February.

On the other hand, the dollar was steady in Asia on Wednesday morning. It then gained slightly against the other major Asian currencies.

Fed official John Williamson made a hawkish speech on Tuesday.

He reassured the rate hike this year with talks over trade and an upcoming summit with North Korea. It is expected that the summit could result with the ease of geopolitical strains in East Asia. Eyes are also kept trained on a U.S.-Japan meeting taking place this week, looking for any cues regarding this year’s rate hikes.

The U.S. dollar index tracks the greenback’s performance against a trade-weighted basket of six major currencies. It was also up by 0.15 percent or 0.13 to settle at 89.36.

Gold is a dollar-denominated asset. This then means that the precious metal is sensitive movements in the dollar. The dollar gaining in value can make gold more expensive for holders of foreign currency. As a result, demand for the precious metal begins to decrease.