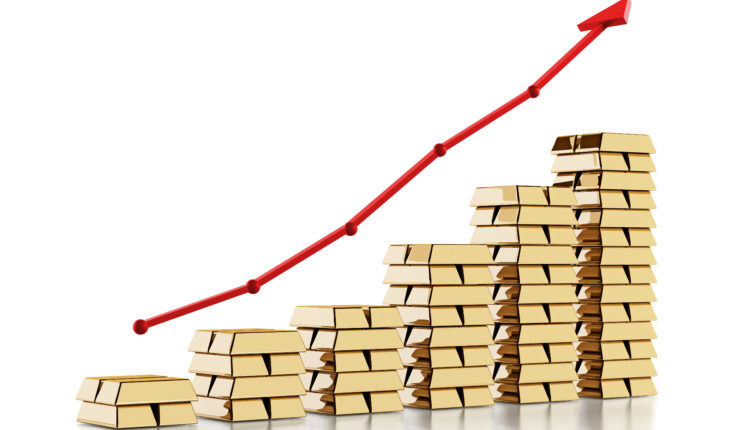 The spot price of gold

Gold prices are going up after suffering a decline on Monday. The G-20 summit in Japan, which ended several days ago is essential because of several factors. The leaders of the countries with the biggest economies in the world agreed to restart the trade talks. The agreement between the U.S. and China had a negative impact on the gold prices, and the spot price of gold decreased as well. However, this drop turned out to be temporary as on the next day gold prices regained the lost position.

Gold prices are on the rise as hope that trade dispute between the U.S. and China will end soon did not materialize. There is a chance that problems associated with trade war won’t disappear until the next U.S. presidential elections in 2020. The agreement mentioned above influenced the gold prices, but only for one day as on Tuesday, the spot price of gold reached more than $1,420 for one ounce of gold. It means that the price is higher by 2% than on Monday. Right now, the price is $1,424.

The trade war is not the only factor which is affecting the gold prices. Another trade dispute which might affect the global economy is between the U.S. and the European Union. U.S. is threating to impose the tariffs on products produced in the EU. This time the amount of tariffs are smaller than in the case of China but still imposing tariffs worth $4 billion on goods coming from the EU is not good news. Moreover, the EU is also planning to retaliate in case trade talks with U.S. ends without solving the dispute.

Edward Moya is a senior market analyst at Oanda. He thinks that as the global economy’s growth is slowing down coupled with the expectations that trade war is not going to end will make the gold more lucrative source of investment. Another analyst Chris Weston from Pepperstone Group believes that the gold prices will continue to rise and will reach more than $1.500 for one ounce of gold. 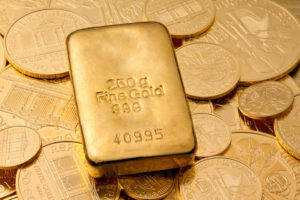 Another precious metal is silver. However, the price of silver is falling at the same time; when the spot price of gold is increasing.  During the last month, the price of silver increased, but in comparison with the gold prices, it is hard to say that it was significant as in the case of gold prices. The result is that the gold/silver ratio reached the level not seen since the 1990s, and the current ratio is above 92 to 1. There is a chance that it can continue this way, and the ratio can reach an even higher number. The price of one ounce of silver is $15.260.

The gold prices continue to increase as tensions and trade disputes have a negative impact on the global economy. Trade war with China and dispute with the EU is a serious issue at a time when the global economy is slowing down. The positive news from the G-20 summit is insufficient to solve the global economic problems. The demand for gold during unstable situation will further increase the price of this precious metal.