Rapid economic restoration from the coronavirus crisis resulted in the drop of gold’s value. However, the decline is insubstantial since market optimism over stimulus measures remains strong. 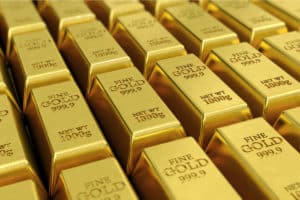 Negotiations for last month’s US Federal Reserve meeting show that members of the bank are more likely to take economic stimulus measures if the economic downturn continues.

Extensive economic stimulus measures and inserting liquidity into national economies will boost gold prices. This is because gold is a haven for capital to stay safe from rising inflation and devaluation of national currencies.

On Wednesday, the number of coronavirus cases worldwide exceeded 5 million. Over the past week, Latin America has surpassed the United States and Europe in the largest share of new cases of daily infection.

New statistics show that the rate of inflation in the United Kingdom has reached its lowest level since August 2016. It increases the likelihood of the UK Central Bank taking further economic stimulus measures next month. The eurozone’s yearly inflation rate rose to 0.3 per cent in April, the lowest level in about four years.

Is the metal the ultimate weapon in an economic war?

Researchers declare that the US is trying to retain dominance in the financial markets. It is doing so by launching a trade war with China. Michael Howell, a managing director at CrossBorder Capital, cautioned that investors could expect to see higher volatility over the years since China confronts the US reserve currency status. Howell said that there had been many examples of transitions between dominant currency zones. They tend to be very volatile and challenge financial markets.

Howell thinks that during this transition, the world would be divided into the US dollar zone and a Chinese yuan zone. The coronavirus pandemic has worsened market conditions, Howell added. To support an economy shattered by the coronavirus, central banks have been inserting liquidity into financial markets.

Since economic conditions are critical, Howel believes there is the possibility of the development of the fight for global financial dominance soon.

In the low-interest-rate environment, capital wars are speeding up. The Fed has decreased interest rates to zero to support the economy. Such a situation is encouraging the fast growth of private-sector debt. In the coming years, a considerable amount of liquidity will be needed to enable companies to service their debts.

Since the central banks are being forced to add more liquidity to markets, gold prices are likely to surge in the coming years. There is no other way to diversify currencies outside of the US dollar. Gold is going to increase to a considerable level, and precious metal prices could double or triple from the current levels, Howell said.