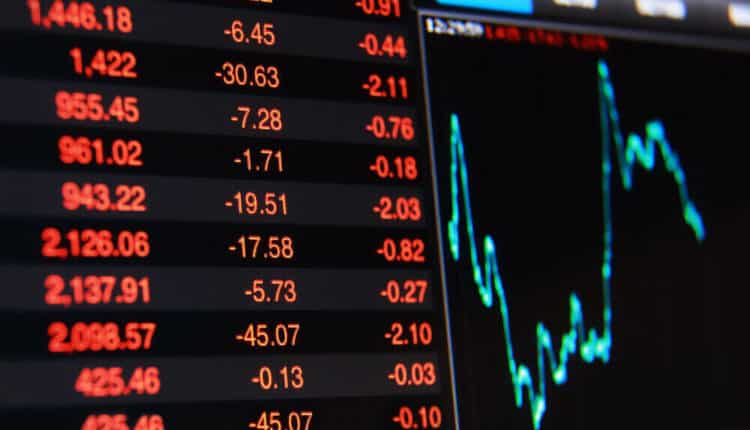 Even though the import tariffs had been out for weeks, Thursday’s news sent investors rushing for havens. Bonds and gold prices rose, and the Japanese yen hit its highest level against the US dollar since Trump won the election.

“Yes, the news was out for a while, but the actual action was a bit of a surprise to the market,” said Shinchiro Kadota, senior forex and rates strategist at Barclays. “Maybe they thought it would be smaller, maybe later.”

In Asia, MSCI broadest index of Asia-Pacific shares outside Japan dropped 2.2% as stocks across the region fell.

Hong Kong’s Hang Seng Index lost 3.09% to 30,080.51 as index heavyweight Tencent added to Thursday’s 5% post-earnings fall with a 4.3% decline. The drop for the Chinese internet giant, Asia’s biggest company by market value, came as major shareholder Naspers said it would sell a portion of its 1/3 stake in the company.

Further, Hong Kong-listed and pork producer WH Group declined 5.49% at 8.90. It owns US-based Smithfield, and the new tariffs will affect its imports of US pork into China.

The Dow Jones industrial average lost more than 700 points, or 2.93%, to close at 23.957.89. It was the worst decline since February 8. In addition, Caterpillar, 3M, and Boeing were the worst performers.

The losses came after President Donald Trump on Thursday directed the US trade representative to level tariffs on about $50 billion worth of Chinese imports following a 7-month investigation into intellectual property theft, according to CNN.

China responded within hours of the White House decision. The country’s commerce ministry announced that the trade sanctions would target $3 billion worth of US goods. These include pork, apples, and steel pipe with higher duties.

“China does not want a trade war, but China is not afraid of a trade war,” the statement said. “We are confident in our capability to face up to any challenge.”

The 2 biggest economies said they would pursue legal action against one other at the World Trade Organization.

“China hopes the United States will pull back from the brink, make prudent decisions, and avoid dragging bilateral trade relations to a dangerous place.”