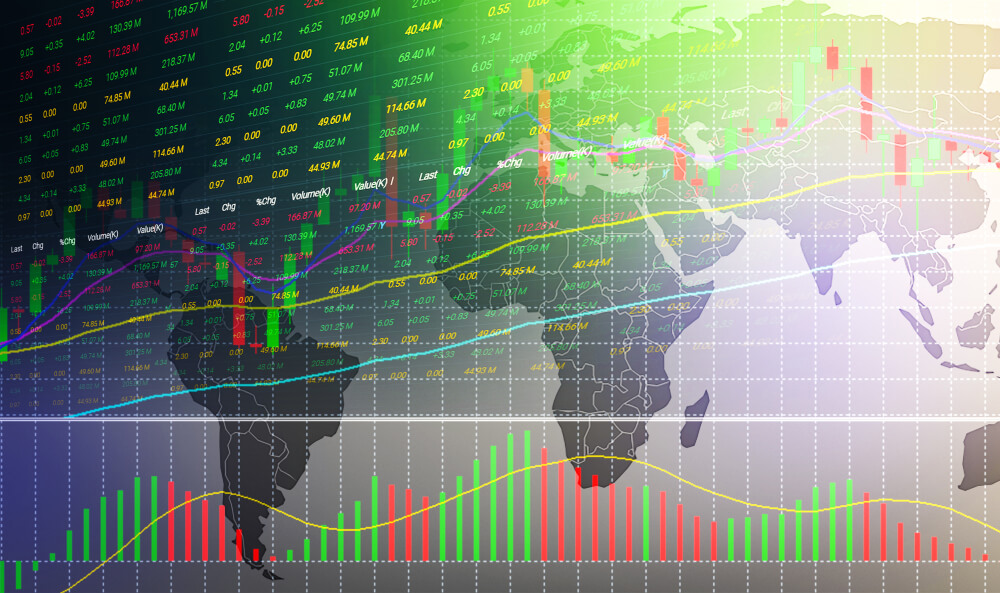 The New York Stock Market failed to recover from yesterday’s losses caused by the possible bankruptcy of the Chinese real estate giant Evergrande. Investors are looking forward to the Federal Reserve meeting to find clues about the tapering.

As for the corporate sectors, the industrial sector was the biggest loser, with a decline of 0.7%. The communications sector followed it with a drop of 0.34%. Meanwhile, The energy sector saw the biggest gain with an advance of 0.37%.

Among the 30 prominent companies listed on the Dow Jones, Walt Disney fell the most, yielding 4.09%. It was caused by lower than estimated growth projections of subscriptions to its streaming service. Meanwhile, Dow Inc sipped by 1.16%; Cisco lost 1.13%, and 3M declined by 1.11%.

Outside of that group, Uber soared by 11.49% after revising its business forecasts.

Pharmaceutical Johnson & Johnson gained 0.44% after ensuring that a booster dose of its Janssen vaccine increases protection against the coronavirus.

Is this a potential Lehman Brothers moment for Evergrande?

Evergrande faces more than $300 billion in liabilities ahead of a $100 million interest payment on two of its bonds later this week.

The aftershocks would likely break across financial markets, bringing up memories of the financial crisis on the 13th anniversary of the collapse of Lehman Brothers. However, the Evergrande crisis is much more contained, only affecting selected financial institutions.

The Tokyo market registered an obvious upside movement in the morning trading. However, in the middle of the session, the trend shifted to negative territory.

Economically sensitive stocks have not even moved, and the yen was stronger and weighed on export-related stocks.

The Tokyo stock market is greatly affected by the risk coming from China.

Investors preferred to play it safe before the monthly meeting on the monetary policy of the US Fed. Besides, the Bank of Japan will decide today whether it will maintain its ultra-flexible policy.

Among the sectors, wholesale registered the biggest losses, along with food and machinery.

As for the firms, the Tokai Carbon company registered the largest drop. The company that produces and exports graphite material for use in nuclear energy, registered a plunge of 5.47%.

The Softbank group accumulated the largest volume of operations of the day, and its shares appreciated a rise of 1.89%. Transactions by Lasertec followed it. The firm’s value dropped by 1.26%. Meanwhile, the transport company Nippon Yusen Kaisha, also known as NYK Line added 1.09%.

The financial group Mitsubishi UFJ expanded by 1.42% after announcing the sale of its banking branch in the US to Bancorp.

The Kospi advanced despite uncertainties

The Korean stock market reopened after the holiday, with attention focused on what kind of impact the Chinese Evergrande’s bankruptcy will have on the market.

Some analysts say that the company crisis will only be bad news in the short term. It is a Chinese-only problem that can be adjusted by the Chinese government. Besides, the Kospi has already risen within the year, but analysts believe that the Evergrande crisis will not act as a continuous negative factor.

Meanwhile, others worry that the thin ice phase may continue for the time being.

Hong Kong closed with a rise

Among the Hang Seng industry sectors, only the information technology and essential consumer sectors closed in the negative territory. At the same time, the real estate, construction, finance, and public utilities sectors were the top gainers.

European stocks held gains in the midday session on Wednesday.

The Stoxx 600 was trading with a rise of 0.65%. Investors are waiting for comments from the US Federal Reserve later today. Investors expect the US central bank to repeat its stance on tapering its bond purchase program. However, weaker employment numbers show that the Fed’s key requirements still have not been met. Moreover, supply chain issues and surge in the Delta variant has hindered economic recovery. Elevated inflation adds to the mix.

Entain, an international gambling company, jumped to the top of the Stoxx 600. It surged by 7% after the firm revealed a takeover proposal from Boston-based DraftKings.

Rival Flutter Entertainment registered a rise. It followed the company’s reports that a legal dispute with the Commonwealth of Kentucky has now been settled.

Bitcoin Continues to Demonstrate its Strength

The US into slowdown as the economy shows warning…