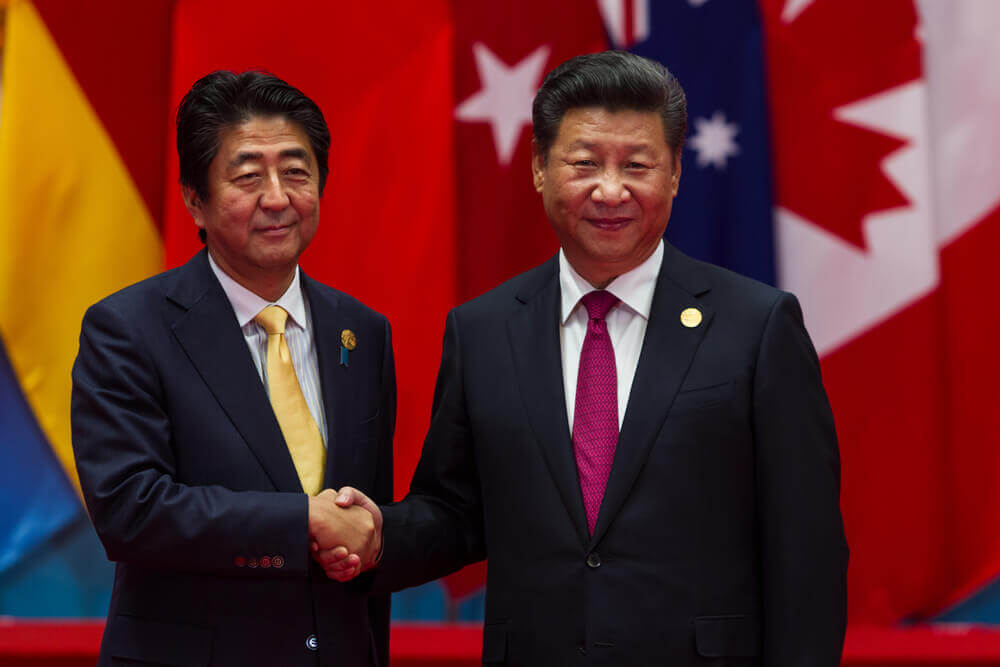 GLOBAL FINANCE – On Thursday, the prime minister of Japan visits Beijing to form a bilateral summit with China for the first time in seven years. The purpose of the summit is to create smooth ties against a backdrop of trade friction with the United States.

Beijing took the first step in reaching out to Japan and other countries amid its battle on the trade dispute with Washington.

Japan has expressed concerns regarding the escalating naval power of China. Further, it is determined for warm economic ties with its biggest trade partner. Japan, however, must make a good management on the said cooperation without upsetting the United States, the country’s key security ally.

In 2012, Prime Minister Shinzo Abe managed to regain its power during the shrinking ties of Japan and China because of the feud over East China Sea islands. Abe met Chinese President Xi Jinping in several occasions following their first frigid conversation in 2014 during a regional summit in China.

However, Abe argued that his Friday meeting with Xi will be the full-scale Sino-Japanese summit dated back in 2011.

“Through this visit, I want to raise relations between the two countries to a new level,” Abe said.

On Thursday, Abe and Premier Li Keqiang are expected to meet and to attend the 40th anniversary of a peace and friendship treaty. Both of them have expressed optimism that there will be more visits to follow.

“If Xi promises to come to Japan next year, that would be very big. If that is realized, the improvement in Japan-China relations will accelerate,” said Research Director Kiyoyuki Seguch of the Canon Institute for Global Studies in Tokyo.

In the agreements, there are few slews that are likely to happen. These include a currency swap arrangement, a fresh talk regarding innovation and intellectual property protection for the improvement of communication between their militaries.

On Thursday, Bank of Japan Deputy Governor Masazumi Wakatabe said that the attempt of pricking asset-inflated bubbles with tighter monetary policy could lead the economy to a possible recession.

Wakatabe argued that central banks should provide focus on the acquiring fast and sufficient efforts in recovering growth from the impact of a financial crisis rather than looking ways to pre-attempt asset bubbles.

Wakatabe’s remarks imply that the deputy governor will push back any attempt by those in the BOJ board to pare down monetary stimulus. Meanwhile, BOJ boards have expressed concerns that the extended easing would inflict increasing cost.

“Although we should not ignore asset price fluctuations completely, taking strong measures to burst the bubble could push the economy into a serious recession,” Wakatabe stated in a speech.