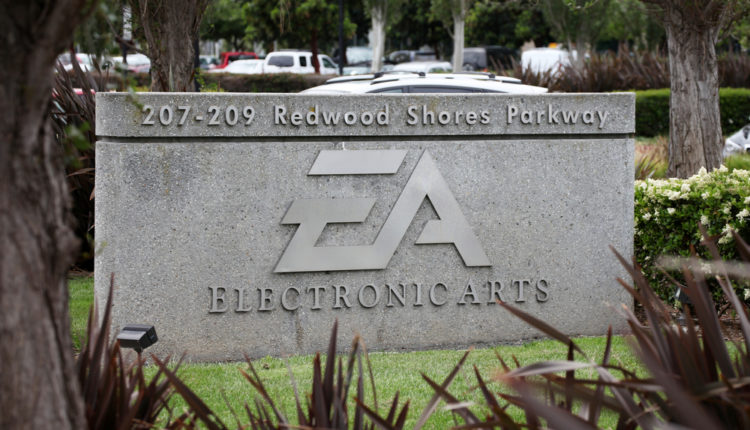 Electronic Arts (EA) will release its earnings report later in the day after the market closes.

EA’s stock saw a slide. Its target demographic, the gaming consumers, started to move away from the PC and console-based games that have supported the gaming giant.

Currently, EA’s stock exchanges in a range, implying that the gaming veteran needs a trigger to shoot its shares upwards. According to analysts, until the company releases games that connect deeply with its community, it will have trouble gaining returns.

For Q1, analysts project a consensus earnings-per-share (EPS) of one cent. According to them, if such performance persists, EA will see a 93.3% decline similar to last year’s Q1 EPS of 15 cents per share.

To add, Wall Street also forecasts revenues of $719.18 million. Putting it at 4% less than the previous earnings of $749 million last year.

Although, the game-maker’s stock saw an improvement from December lows. It still remains below the $135 EPS it touched during the summer of 2018.

The 93.3% decrease in the gaming veteran’s earnings caused many to point the blame to the popularity of Fortnite. The private company Epic Games released that game.

However, one analyst perceives EA’s situation as not completely related to Fortnite, saying the company has “lost its way.”

According to him, the gaming veteran has been releasing “sequel after sequel” without really assessing what their customers truly want.

The reception to Apex Legends went incredibly well during and after its release. It still has not managed to topple over Fortnite’s stable player-base.

Investors’ Piece of the Action

On Monday, the Fortnite World Cup concluded with the champion, Kyle ‘Bugha’ Giersdorf, 16. He took home the largest worth of money won by an individual at a single e-sports event.

As global revenues forecast from pro e-sports and competitions amounted to around about $1 billion this year. Analysts believe investors might start looking to partake in the gaming action.

Fortunately, according to Todd Rosenbluth, senior director of ETF and mutual fund research at CFRA, there are available investment markets for it. Including several exchange-traded fund (ETF) products.

Rosenbluth added that investors need to carefully dig more in-depth on these funds focused on gaming and “look at what’s inside the portfolio.”

“You get companies that are clear plays on this, like Activision Blizzard, and then you’ve got companies like Nvidia that have exposure to esports but obviously, lots of other segments too.”

However, Tim Seymour, founder, and chief investment officer at Seymour Asset Management, stocks of China’s Tencent takes the spotlight as the better bet among those at play in the world of gaming finance.

Finally, he notes that “buying the longer-term players that are not really priced for growth anymore” could prove to be the best decision for investors wanting a piece of the cake.