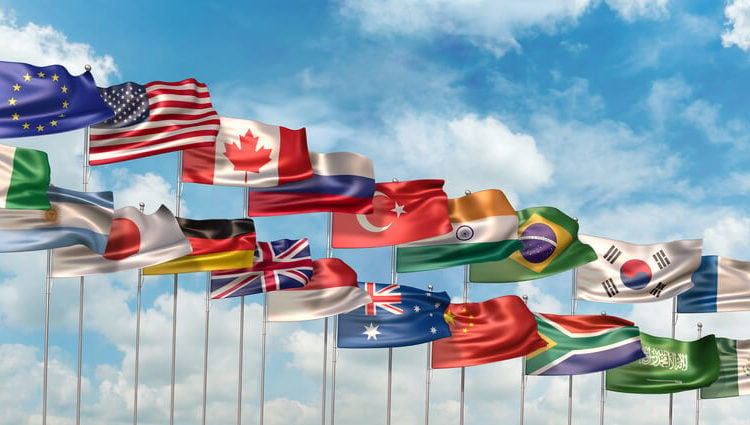 The United States had been pushing for lower tariffs against other countries worldwide over the past decade or so.

Now, central banks are under pressure as US President Donald Trump tests how cohesive other G20 partaking nations are with protectionist measures.

Central bankers are left with less-than-sufficient resources to address an expected economic slowdown that may soon be realized than what was previously believed.

Still relevant after more than a year has passed, the Sino-U.S. trade war is this week’s main topic of talks during the G20 Summit.

The summit, which will be held in the Osaka Prefecture of Japan, is a meeting of the world’s largest economies done annually, and this year, major central banks are bound to take the cautious route if the expected meeting between both leaders of superpower countries take the wrong turn.

The Fed Within The G20 Radar

There is also a possibility that ill-feelings among G20 officials could be revived—much like when the US Federal Reserve relied on massive bond buying to cope after the financial crisis—as interest rates are further reaching rock bottom.

Earlier this year, the Fed put a stop to the increase of rates and decided to maintain current ones, although implying that rate cuts may soon be placed into effect.

On Thursday, Fed officials snapped ongoing market expectations for a rather generous amount of half—or more than—a percentage rate cut for next month. Meanwhile, the US Central Bank is still believed to decrease rates for another one or two instances before the year ends.

Another round of discussions to be made at the G20 meetings must be regarding a method on battling the next recession before Europe and Japan proceed to the next monetary step to negate the previous one.

The new Fed policy may affect major economies around the world through an expected decline in the greenback.

This might pressure Europe and Japan to make similar moves as well in order to spark more competition.

Chief Economist of Standish Mellon Asset Management, and a former Fed official, Vincent Reinhart said, “It is hard to see how you get a cooperative outcome. A trade dispute can become a currency dispute pretty quickly.”

For confirmation of a peaceful procedure, European and Japanese officials promised to abide by the agreements laid out during the G20 Summit. These include refraining from any intensified currency devaluation and using monetary tools for patriotic domestic gains.

However, the European Central Bank and the Bank of Japan are holding reasonable notions to try and put a stop in currency-spikes. Said spikes are caused by not only the dominating macro-level effects of the trade war but inflation as well.

Concerns from a number of ECB policymakers have already been expressed in the June policy meeting; that the Fed’s decision could cause the euro to spike further proving the rationality of further ECB easing.

In addition, BOJ Governor Haruhiko Kuroda implied a week prior to the upcoming G20 Summit his ready state to increase signals if further growth gets disrupted.

He also said that any step the central bank takes will increase stakes for minimum costs.

Speculations are currently raised in the market; that an application of a negative short-term rate of 0.1% and long-term rates capped at zero percent by the BOJ might take place.

This will ease as early as the rate reviews on July 29-30 take place depending on the Fed’s next actions.

Fed Warns of a Slower Job Recovery on Health Concerns