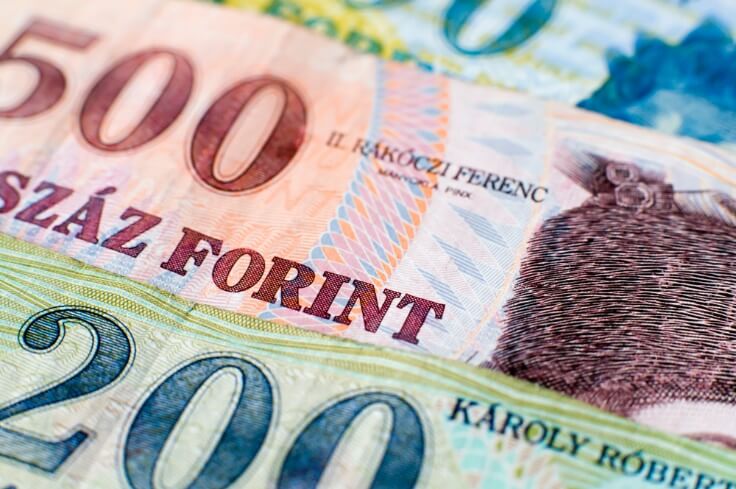 FX News – The National Bank of Hungary (NBH) decided not to touch interest rates, in line with market expectations.

Sluggish domestic inflation, lackluster economic outlook, and global easing are among the factors that probably contributed to the decision.

The bank also reiterated that it would continue its accommodative monetary stance, flagging downside risks to the longer-term inflation.

Underlying inflation data came in lower than economists’ expectations. External tensions and economic climate are also not looking so good.

The Monetary Council said that persistent inflation trends and other risks are stronger now. It then added that the data for the second half of the year will be crucial for the assessment of the trends.

The bank will be giving new quarterly inflation report as well as guidance for the economy in September, when it holds its next meeting.

The forint weakened toward 330 against the euro since the July rate meeting.

On the other hand, the bank also said that it didn’t feel any pressure to act right now. Inflation already slowed down. The country’s main trading partner, Germany, is also experiencing headwinds.

This made the economic outlook negative.

According to Commerzbank, the economic situation across the globe is down in the doldrums. It pointed at Germany, which is going through recession, if recent data is correct.

The markets expect the European Central Bank to implement easing in policy in September. Among options are the usage of depo rate cuts and quantitative easing.

Hungarian core inflation reached the NBH’s target range of 2% to 4% in May. However, it retreated to 3.7% by July.

Last month, the bank said that the decline in July confirmed the decline which they already expected.

Asian Stocks in Better Footing as Trade War Might Ease