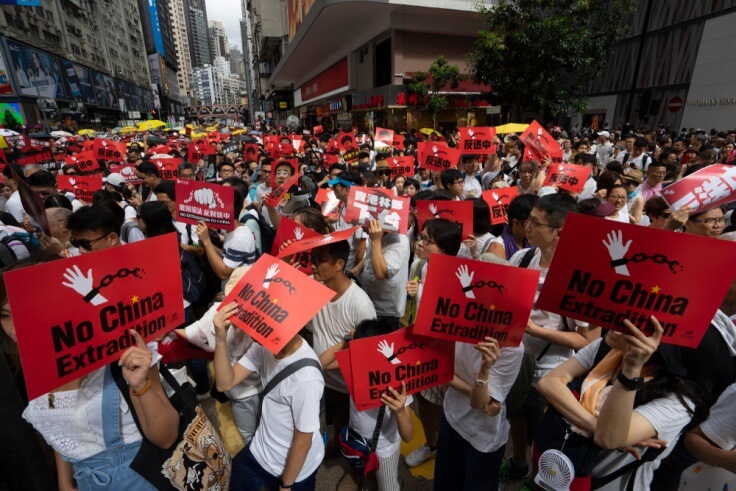 Forex News – Hong Kong’s biggest-ever street protest has come to its 11th week, and more are joining the calls for a resolution.

Last week, Hong Kongers took out their money from ATMs. The goal was to prove the city was more than just a cash cow. The movement has further escalated the instability due to the protests. The city’s currency has also suffered.

Meanwhile, US President Donald Trump said that he was “concerned” about the probability of a violent Chinese crackdown. Last week, he seemingly tied up the US-China trade discussions to the HK protests, calling for a humane resolution.

Trump added that he would talk to Chinese President Xi Jinping and urge him to negotiate directly with protesters.

The protests have crippled the city’s currency due to the instability. Such a situation will apparently continue until one of the sides give in.

According to certain reports, China is moving its troops to Hong Kong to intervene. HK police, meanwhile, claimed that their forces were enough without China’s intervention.

This latest—and biggest—protest in the semi-autonomous city started with a murder. The case was about a Hong Kong man who killed his girlfriend in Taiwan. He confessed to the murder in Hong Kong.

Taiwan and Hong Kong do not have an extradition agreement. Since the crime took place in Taiwan, Hong Kong couldn’t hold the suspect for charges. Later, Taiwan proposed a bill that would allow extradition to Taiwan from Hong Kong.

But the same bill would also allow extradition to China, which the protesters vehemently refuse. With the current makeup of the LegCo (Legislative Council), it’s possible this bill would pass. More than half of representatives are pro-China.

Hong Kong is under “one country, two systems” rule, which came after British returned rule of HK to China. The agreement made Hong Kong quite different from mainland China.

Hong Kongers retained their freedom to speech and the freedom of the press, as well as freedom to assembly. These are illegal in China.

The deal will end in 2047, but China’s moves, according to protesters, indicate it wasn’t waiting that long.

Get the latest economy news, trading news, and Forex news on Finance Brokerage. Check out our comprehensive trading education and list of best Forex brokers list here. If you are interested in following the latest news on the topic, please follow Finance Brokera