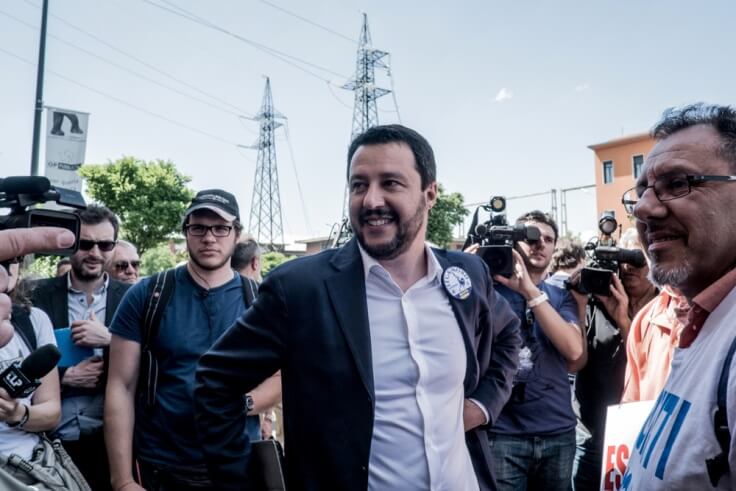 The forex markets waggled after Italy Deputy Prime Minister Matteo Salvini called for a snap election. Salvini urged the prime minister to reconvene parliament to back his claim that the coalition government is no longer solid.

The EURUSD pair clocked in some losses after the news broke out. Additionally, stocks and bond markets in the EU zone reacted more furiously. Traders sold off Italian assets swiftly.

Italy’s political tensions resulted to wider yield spread between German and Italian bonds. This isn’t welcome news for the common currency, which has already been suffering pressure.

As of writing, there is a 27% probability of a 20-basis-point cut in ECB’s deposit facility rate. That’s way higher than the previous 12% probability.

Salvini’s call for snap election is quite obviously a move to solidify his power. He heads the right-wing popular Lega party.

According to Salvini, the failure of the Five Star Movement’s attempt to derail plans for a high-speed rail link was evidence the coalition couldn’t govern.

He said Italian needed “certainty,” with a government that “does things, not a ‘Mr. No.’”

Salvini is enjoying massive support from opinion polls, being a populist and mainly because of his stance against illegal immigration.

The forex markets will probably get over the fiasco speedily, with the euro likely getting back some of its losses.

The euro zone also absorbed the French industrial production data for June. The data could be consistent with the dismal pattern in Germany.

The dollar index that gauges the buck’s strength against the other currencies barely moved.

US President Donald Trump once again lashed out on Twitter against the Federal Reserve. However, it didn’t have much effect on the markets, which recovered quite easily and with barely an inconvenience.