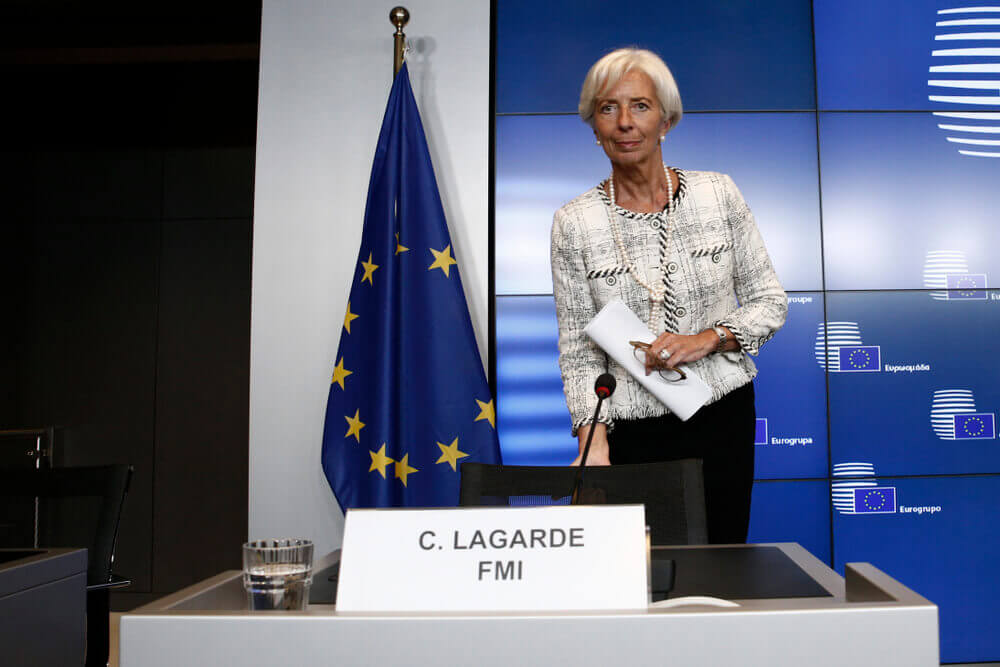 The greenback and the euro were both little affected on Wednesday in Asian trades.

EUR/USD was seen slightly changed at 1.1287, although the pair inched lower earlier during day-trades subsequent to the news that IMF Director Christine Lagarde was nominated to succeed current ECB President Mario Draghi.

Mario Draghi will step down as the President of the European Central Bank, ending an eight-year term, in October.

Christine Lagarde will become the first woman to lead in deciding for European monetary policy.

Lagarde said that she felt “honored to have been nominated” and confirms temporary renunciation of her IMF responsibilities as EU lawmakers discuss her appointment’s approval.

According to German Chancellor Angela Merkel, Lagarde was chosen for taking on an “indisputable leadership role at the IMF.” French President Emmanuel Macron is in approval of the decision and said that Lagarde has the qualities and competence for the role.

“She has credibility with the markets,” he said.

“She will make a perfect ECB president,” he said in Brussels.

Analysts say that investors are likely to expect that Lagarde will act similarly to Draghi’s implementation of monetary policy; innovative and aggressive.

Lagarde’s appointment will mean that former lawyers will lead the ECB and the U.S. Federal Reserve. This will be a change of pace from an era when academic economists headed central banks.

Moreover, The U.S. Federal Reserve is likely to follow suit on the ECB action given the U.S. President’s history with current Fed Chairman Jerome Powell regarding interest rate decisions.

Fed Action Begins To Stir Up

The dollar index was near a flat of 96.282 after U.S. President Donald Trump announced plans to nominate Christopher Waller and Judy Shelton to the Federal Reserve’s board.

Cristopher Waller is the executive vice president of the Federal Reserve Bank of St. Louis, while Judy Shelton is an economic adviser to Trump during his 2016 campaign.

Over a month ago, Shelton mentioned during an interview of her plan to lower interest rates to 0% within two years’ time after, and if, she gets appointed.

Trump has called out current Fed Chairman Jerome Powell in the past for not cutting interest rates, and instead, raised them. The U.S. President said that the central bank has, in his words, “gone crazy” for coming up with this decision.

In the subject of the ongoing Sino-U.S. disparity, both parties have agreed to restart discussions over the trade dispute.

U.S. trade advisor said, however, that a coming into terms with a trade agreement “will take time.”

Investors in the forex markets are now in anticipation of Friday’s job report to confirm whether the expectation for June nonfarm payrolls rising by 164,000 holds true.

AUD/USD was 0.1% increased to 0.6997 supported by the Reserve Bank of Australia’s rate cuts to the historical 1% low level sending the forex markets buzzed overnight.