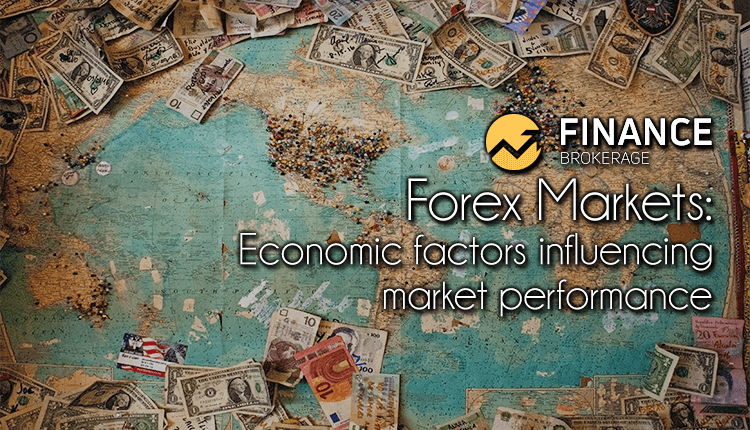 Forex marketplace is the hardest to resist, and at the same time the best market as of today. A lot of buyers and sellers around the globe joins within trillions of dollars trades every day. The truth is, foreign exchange trading already becoming a worldwide activity. Meaning it has a significant role within macroeconomic events compared from before.

In this post, we’ll share with you some of economic events/trends affecting the performance within the forex markets. This topic will help you (especially for beginners) speculate future performance of specific forex you mostly trade on.

Forex market is mainly depending on the changes with various macroeconomic factors. Such changes drive trader’s decision making and their perspective on the value of a currency at a specific time. That’s why the economic health of any nation’s economy is a significant portion in determining the value of its currency.

However, economic health also is affected by various events and information. All events could drive changes within the forex markets (even on a daily basis). Let’s break down some of these portions of events that could greatly influence the economy’s health.

Global capital markets is the most visible factor of the economy’s health status. But still, stock and bond markets are acknowledged mostly by the global point of view. The main reason why it’s critical to miss a release of a public announcement in capital markets. There’s always a possibility that it could initiate wide securities sell-off coming from a specific country.

Various economic events can also bring global capital market changes. For instance, Canada’s market mostly depends on their commodity-based market. Also consider the changes in oil prices, which most likely the outcome of some changes. Commodity traders, similar to forex traders depends mostly on economic information in connection to their trades. Meaning all changes could give direct effects to both markets.

Similar to the critical impact of events on the forex market, bond markets also experience them. Mainly because of the fixed-income securities and currencies on both depends on interest rates. The decline on treasury price impacts the movements in currencies.  Simply means that yield changes directly affects the currency values. Hence, understanding bonds (government bonds especially) is important to have an edge as a forex trader.

The balance of trade levels and trends on nations is also a key factor. Trade levels in between nations exist as a proxy. Mainly for the demands of goods in different nations. Nations with goods/services having high demand globally usually gain an appreciation of their currency.

For instance, to buy good from the United States, you must first convert your currency into the US dollars to buy. Such scenarios increases USD demands, bringing its value upwards.

Political scenes within a nation is a significant portion of its economic outlook. At the same time, their expected currency value. Traders should continually monitor political events and news to speculate on its movement. Records of the government’s spending should also need to take note.

For example, there’s an upcoming election, whenever exchange rates react, take notes on the matters in favor to a candidate or a party with a responsible platform which governments are willing to seek growth. One good case is the Brexit vote, provided major impact to the British pound when the UK voted to leave the EU. British pound reached their lowest level since the year 1985. The UK’s economic prospect then had a high uncertainty for them.

Economic reports mostly considered as the supporting data or the backbone of every forex trader’s playbook. Monitoring an economic report calendar could be significant to stay updated in the fast-changing markets. The majority knows GDP as the economic report, the baseline economic performance of a country. GDP mainly measure the total output of good/services generated within an economy. However, GDP somehow is not a stand-alone indicator. Meaning it reports the events and trends that already happened.

Another critical indicator is inflation. It sends a sign of increasing price levels and the falling purchasing power. Hence, inflation is not that simple, most people see it as placing downward pressure on currency because of their declining purchase power. Fact is, it could also lead a currency value up. It may force central bankers to strengthen rates to subdue rising inflation levels.

There is various economy strength forecast considered. That includes employment levels, retail sales, manufacturing indexes, and capacity utilization. All serve a significant portion of what we’ve discussed in this post.