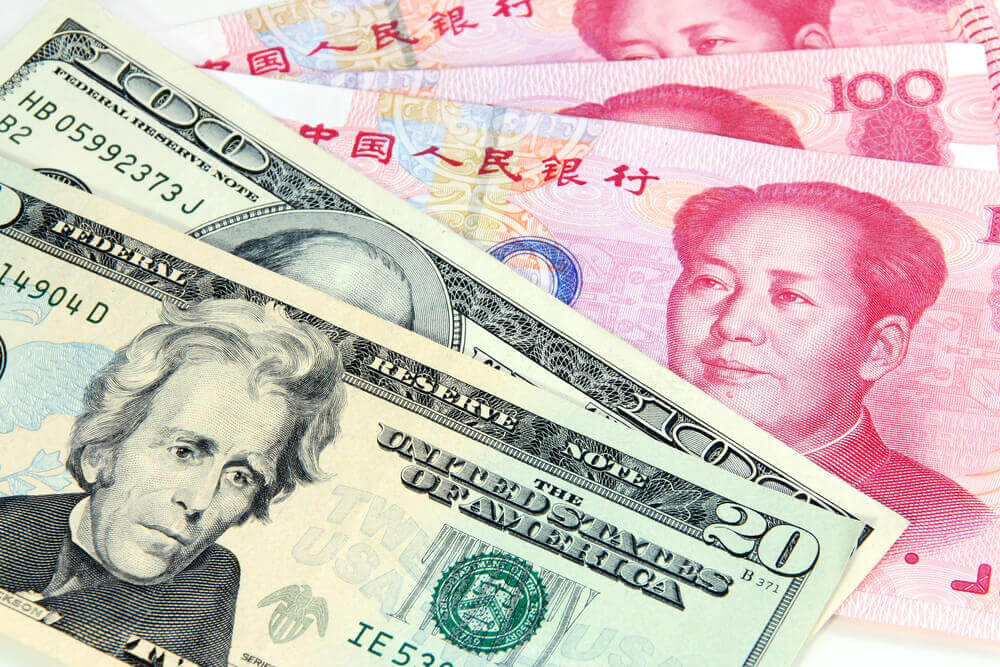 The dollar and the yuan both surged on Monday after the anticipated Sino-U.S. trade-talk reboot.

US President Donald Trump and Chinese president Xi Jinping met on the sidelines of the G20 meeting, which resulted in a more-positive-than-expected outcome.

Trump announced to hold back on the implementation of new tariffs, while China pledged to buy more US farm products.

Additionally, the US President said the Commerce Department would investigate the status of Huawei and whether or not the ban should be lifted.

The forex markets witnessed a resurgence action from both the US and Chinese currencies.

The yuan increased more than 0.5% to as high as 6.8165 yuan against the dollar, reaching a near two-month high. The currency eased back to 6.8464 soon after the release of unsatisfactory factory output data.

The Chinese currency was on a negative trail earlier in June when domestic demand and exports were shaky.

The dollar index, which measures the value of the dollar against a basket of foreign currencies, was up 0.4% to 96.601.

The greenback experienced a downturn in prices in the past weeks as investors expected rate-cuts from the Fed. The currency, however, seems to have regained steady footing as it rose 0.4% to $1.1328 against the euro.

Adam Cole, a strategist at RBC currency, said that the negotiations and compromise between Trump and Xi “went further than most had expected.”

“It is not clear, however, whether the latter will clear Congress and there is plenty of scope for trade talks to break down again in the future,” he added.

The Japanese yen and Swiss franc suffered the biggest down-move as investors decided to sell safe-haven currencies in the forex markets.

The Australian dollar suffered a 0.4% drop to $0.6993 due to the low factory activity data of China, which is a significant trade partner of Australia.

The Turkish lira, on the other hand, was 0.83% higher at 5.7390 per dollar. The movement came after Turkish President Tayyip Erdogan said that the United States had no plans to impose sanctions on Ankara for purchase of Russian defense systems.

Significant US economic data are set to be released this week. Data on non-manufacturing activity and non-farm payrolls (NFP) will be disclosed on Wednesday and Friday, respectively.

These data will help investors on more in-depth analysis on fundamentals; as well as the assessment on whether or not the Fed will impose rate-cuts later this month.

“Some Fed officials curbed easing views recently, and the data will help the market get a clearer picture of whether the Fed stands poised to cut rates this month,” FPG Securities Director Koji Fukaya said.

According to another analyst, the economic data will have a “more important” role for the week as data on US employment will define the final verdict on the “July Fed rate expectations.”

Oil prices and the truce between U.S.-China

The Risk-Sensitive Australian Dollar Boosted to $0.7657