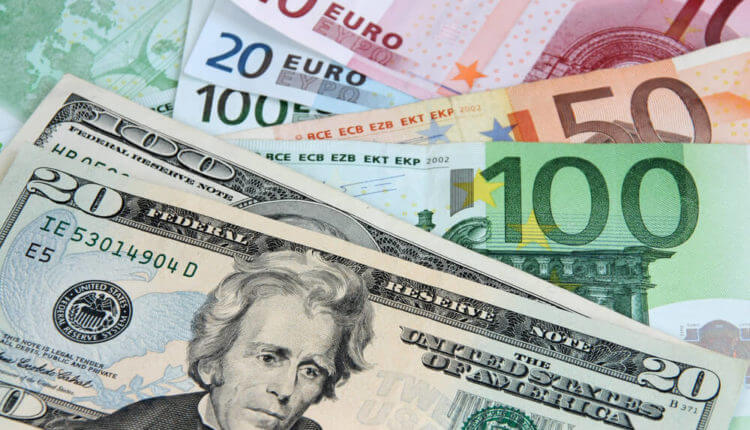 The greenback’s up-move was restrained by the Federal Reserve’s verdict of maintaining current interest rates.

The safe-haven Swiss franc and the gold were assisted by brewing conflicts between Washington and Iranian-capital city, Tehran.

The euro touched a three-month high of 1.14065 dollars in an early Asian trade session. The currency spiked by 2.0 percent from a 1.1181-dollar low for two weeks as the greenback has lost steam.

The dollar was also treading cautiously against the yen at 107.35 yen per USD; only a bit higher than the five-month low of 107.045 yen touched last Friday.

The U.S. currency index, which measures the greenback’s value against a basket of six major currencies, dropped to the lowest level in three months. The index was at 95.953, a 1.7% decline from last week’s numbers.

The forex markets have been experiencing an abuzz in the selling of the dollar after the Fed implied interest rate cuts before the year ends. This resulted due to the surfacing of worries about the fallout from the tariff wars US President Trump is waging against China and other countries.

On Monday, U.S. bond yields dropped with money market derivatives gaining an increase on the bets of a 50-basis-point rate cut in the following month. A 25-basis-point cut, however, is already priced in fully.

US President Trump and Chinese President Xi Jinping are now within investors’ radars trying to see whether they would at least call a truce in the tariff wars. Both leaders are expected to be meeting later this week in Osaka during the G20 summit.

Trump is considering his meeting with the Chinese president as a chance to control and “maintain his engagement”; as well as determine China’s position on the trade wars, according to a senior U.S. official.

The underpowered dollar was the most notable asset as opposed to the other traditional safe havens. This mirrors the thrilling tensions between the United States and Iran, which the former imposed sanctions to.

The US President, on Monday, targeted Iran’s Supreme Leader, Ayatollah Ali Khamenei, and his fellow authority with not-so-unexpected sanctions. This caused an increase in the efforts to pressure the Mideastern country.

On Other Safe Havens

The dollar, which once slipped to its lowest level of 0.9710 francs since late September, nudged a bit higher to 0.9721.

The Swiss franc was stronger and treaded towards two-year highs versus the euro touching 1.1079 per euro prior to hitting the 1.1057-level on Thursday—the currency’s highest since July 2017.

Gold reached its highest level of up to 1,425.3 dollars in nearly six years.

Bitcoin was also strengthened, reaching a year-high of 11,000 dollars by almost 200 percent, sending the forex markets into an uproar.

“Assets that can be used as an alternative means of settlement are favored, as the dollar is being shunned. Geopolitics and the Fed are two main reasons behind this,” said Sumitomo Mitsui Trust Bank’s market economist.

Brexit concerns continue as anti-euro Boris Johnson is believed to likely win a major percentage of votes from Conservative party members; those who hold the right of deciding and designating the next prime minister.

Johnson also emphasized his promise to finalize the Brexit procedure separate Britain from the European Union on October 31. He reiterates that it shall be implemented regardless if there is a final agreement or not.

Spot price of gold is rising during the regional tensions

S&P/ASX 200 Climbed to its Highest Level Since…