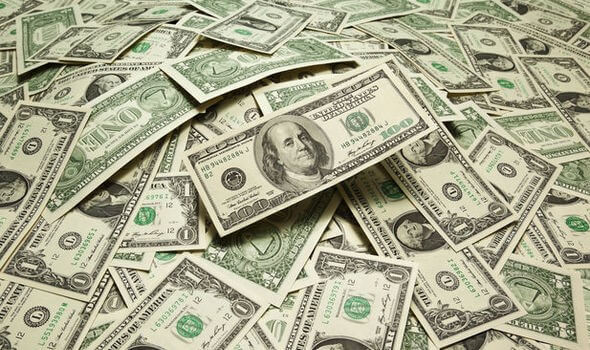 The U.S. bonds yields further went down after comments from Bank of England Governor, Mark Carney pointed towards economic easing. The dovish comments sent the U.S. yields to a 2 ½ year low and this, in turn, pulled down the sterling pound.

The dollar index which is measured against a basket of rival currencies, placed at 96.742 after coming back from 96.875 on Tuesday. It was its highest position since June 20.

On Tuesday, Bank of England governor expressed concern that the global trade war coupled with a no-deal Brexit were posing economic risks to Britain and that help might be needed to help cope with a possible downturn. Investors were forced to increase their bets on an easing policy after the dovish comments.

The greenback traded at a lower position of 107.83 yen after being taken off a 12-day peak of 108.535 which it had achieved from the beginning of the previous week.

In light of Governor Carney’s comments, the dollar declined further to stand at 108.00 yen. This had the effect of suppressing global yields. Part of the reason is that the BoE was seen as the only central bank that was not likely to ease on its policy which came as a surprise to many investors.

Despite the volatile trading environment on Tuesday, the Euro was little moved at $1.1291 on Wednesday.

The European currency was boosted by news that the European Central Bank was in no favor to cut interest rates at a policy meeting held in July. However, the boost lasted for only a short time after IMF managing director, Christine Lagarde, who is often seen as a policy dove was selected as the next ECB president.

The Australian dollar remained flat at $0.6992 after climbing 0.4% on Tuesday. The currency has gained after the Reserve Bank of Australia had cut interest rates and provided a more balanced projection.

The G20 Summit was held last weekend where President Trump and his Chinese Counterpart, Xi Jinping agreed to rekindle talks after the U.S. offered some concessions.

Despite the promise, investors are wary of what might come out of the year-long trade dispute between the two largest economies. The previous breakdown in talks and remarks by President Trump that a deal would have to be in United States’ favor, there is a possibility of a further breakdown in talks and a deal might not happen soon.

In addition, Washington’s threat to impose tariffs on European goods worth $4 billion stoked the long-running conflict over aircraft subsidies.