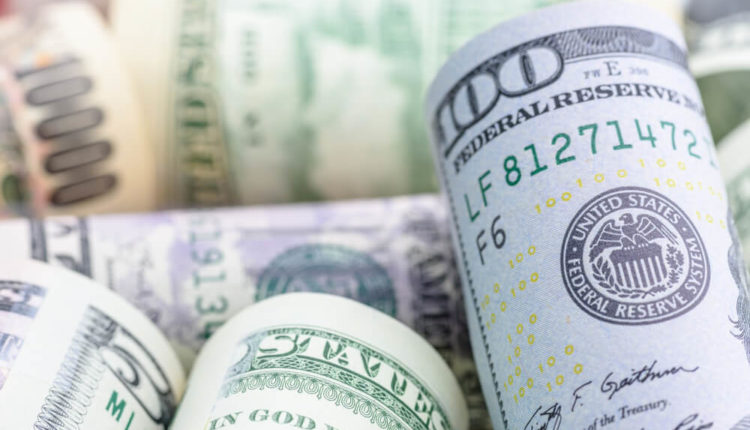 Forex markets: The U.S. dollar stretched more losses as Fed-centric impetus escalates while the greenback was flat overnight due to impactful U.S. inflation.

The U.S. dollar stretched further losses made earlier in the week as Fed-centric impetus escalates.

While the greenback was flat overnight due to impactful U.S. inflation data bolstering the notion of an aggressive Fed rate cut. The dollar index inched 0.1% lower to 96.532 a few hours after.

The Aussie dollar was up 0.1% to $0.6985 overnight. During the day, the AUD/USD pair and the NZD/USD pair traded 0.4% higher simultaneously.

USD/JPY dropped 0.1% to 108.32 after rebounding from a Thursday low of 107.860. This happened after dovish comments from Fed Chairman Jerome Powell revived the chance of a 50 basis-point cut.

The USD/CNY pair headed towards the opposite side within the forex markets. Increasing by 0.1% after U.S. President Trump reacted violently on China not purchasing more American farm products.

Trump said the Asian superpower had affirmed to purchase more goods in a meeting about the trade disputes last month. However, China never formally confirmed these claims and are still lying beneath uncertain grounds.

The U.S. Treasury 10-year yield has its foot on the 2.125% plane after an 8-basis-point jump overnight. Greatly influenced by stronger-than-expected inflation data and faltering 30-year bond auction.

The U.S. consumer price index – exclusive of food and energy components – increased by 0.3% in June. The largest recorded up-move since January 2018, according to the data showed on Thursday.

Expectations of a more fervid 50-basis-point cut at the July 30-31 meeting of the Fed within the various financial and forex markets died down as the economy started to stabilize.

When data showed a pick-up in inflation accompanied by separate weekly jobless data. Investors were more than convinced of the labor market becoming solid.

While Powell’s testimony warned of protracted “uncertainty,” the previous policy meeting had seen a warning that some members “judged that uncertainties and downside risks surrounding the economic outlook had increased significantly over recent weeks.”

Powell, on the second day of his testimony to Congress, said that the central bank has leeway to ease monetary policy. He noted that the historically low jobless rate had not activated any significant inflation.

“To call something hot, you need to see some heat,” Powell argued to the House Financial Services Committee on Wednesday.

Powell also added that the “relationship between unemployment and inflation became weak.”

Lastly, he argued that the U.S. economy is lying on stable grounds. He described it as “a very good place.”

The Fed and Forex Markets

The Fed Chair assured in his testimony of the central bank wanting to utilize the tools to keep the economy in its current state.

The various financial and forex markets are still fully priced for a 25-basis-point cut.

U.S. policymakers now look onto supporting a decelerating economy after data from the Labor Department. It showed an increase in inflation alongside disappointing initial jobless claims failed to lift the dollar.

However, as a result, the data caused the weakening of a more aggressive 50-basis-point cut anticipations at the Fed’s July 30-31 meeting.