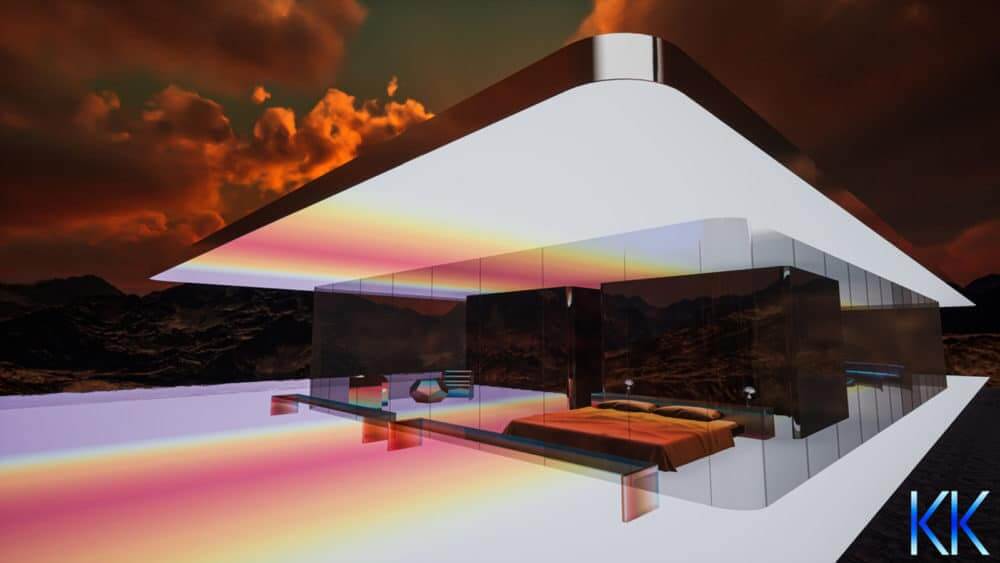 Mars House is the world’s first digital NFT (non-fungible token) home, and this fact underlines its uniqueness. What’s more, is that its owner paid more than $500,000 for the Mars House. It is worth mentioning that the new owner paid digital artist Krista Kim 288 Ether an equivalent of $514,557.79 for the virtual property.

This person who paid more than $500,000 for the digital NFT home will receive 3D files to upload to his or her “Metaverse”. People should keep in mind that, Metaverse is a virtual extension of our world. It is possible to purchase plots of virtual land as well as to trade them.

As a reminder, an NFT is a unique digital token that effectively verifies authenticity as well as ownership. Interestingly, it is encrypted with the artist’s signature on the blockchain, a digital ledger used in cryptocurrencies such as bitcoin.

We are talking about a sort of virtual certificate. Importantly, this unit of data on the blockchain represents digital files such as art, audio, video and can take the form of JPEGS, GIFS, etc.

The Mars House will exist for an unlimited period of time as an NFT. Moreover, it will represent an art movement for humanity through the power of digital technology.

It is worth noting that artist Krista Kim designed Mars House in May 2020. She is the founder of the Techism Movement. Importantly, a structure comprised of light, Mars House generates a healing atmosphere, with a musical accompaniment by Jeff Schroeder of The Smashing Pumpkins.

Digital NFT Home and other records

Interestingly, there is a market for digital assets such as fashion and accessories. Users have the opportunity to live and interact in a Metaverse through their digital avatar. The case of the world’s first digital NFT home once more highlighted the importance of NFTs.

Let’s have a look at a record-breaking for NFTs. Notably, Twitter CEO Jack Dorsey sold the first-ever published tweet that dates back to 2006 as an NFT for $2.9 million.

It is worth mentioning that the first-ever NFT artwork sold at auction for a staggering $69 million on March 11. As a result, artist Beeple became one of the most expensive living artists to date.

As stated above, artist Krista Kim sold the world’s first digital NFT home for more than $500,000. People should keep in mind that customers are willing to pay for a digital house as well as digital-only footwear.