Stock exchanges: On Wednesday, Facebook Inc (NASDAQ: FB) blew past Wall Street profit estimates in Q1. It set aside $3 billion to cover a settlement with U.S regulators, calming investors who worried about the outcome of a months-long federal probe.

Its shares jumped more than 10% to $200.50 in after-hours trade. It regained much of the ground lost last year amid slowing growth and costs associated with the company’s privacy scandals.

The settlement accrual, which Facebook set at $3 billion but could rise as high as $5 billion, cut the company’s net income in the first quarter to $2.43 billion, or 85 cents per share.

According to IBES data from Refinitiv, Facebook would have earned $1.89 a share, up from $1.69 in the year-ago quarter and easily beating analysts’ average estimate of $1.63 per share. (Excluding the charge)

“This is a strong report suggesting that advertisers still see value in Facebook’s platform, as they did before the controversies and scandals erupted,” said Haris Anwar, senior analyst at financial markets platform Investing.com.

Monthly and daily users of the main Facebook app were both up 8% compared to last year, to 2.4 billion and 1.6 billion, respectively, in line with forecasts.

Total expenses in the first quarter were $11.8 billion, including the settlement accrual, up 80% compared with a year ago. The company hired content moderators and invested in new security controls to make its social networks safer.

Executives said in a conference call with investors that they expected expenses to grow 47 to 55% this year, updating their earlier forecast of an increase of 40 to 50%.

The first-quarter operating margin fell to 22% from 46 % a year ago but would have been a comfortable 42% without the one-time expense. 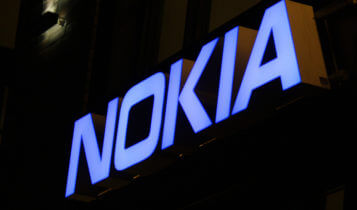 Nokia (HE: NOKIA), a Finnish telecom network equipment maker plunged to a surprise quarterly loss due to a delay in booking 5G payments. Shares in the company fell 10% to their lowest level in six months as Nokia said it also expected pressure in the second half of the year.

The company said a failure to book about 200 million euros ($223.1 million) of net sales related to 5G in North America weighed on results. It expects to recognize the amount during the full year.

The company’s networks business generated a loss of 254 million euros ($283.26 million) during the quarter, compared with a gain of 46 million in the year-ago quarter, as its investments into 5G are yet to generate profits.

“The slow start to 2019 and expected weak overall first half puts significant pressure on execution in the second half,” the company said. Nokia counts Sweden’s Ericsson (BS: ERICAs) and China’s Huawei as its main rivals.

Some analysts say the Finnish company may benefit from challenges facing the Chinese group after Washington alleged Beijing could use its equipment for spying – charges Huawei deny.

Some customers are reassessing their vendors in light of security concerns, creating near-term pressure to invest in securing long-term benefits,” Nokia said in a statement.