Explainer: Who was Qasem Soleimani? | FinanceBrokerage 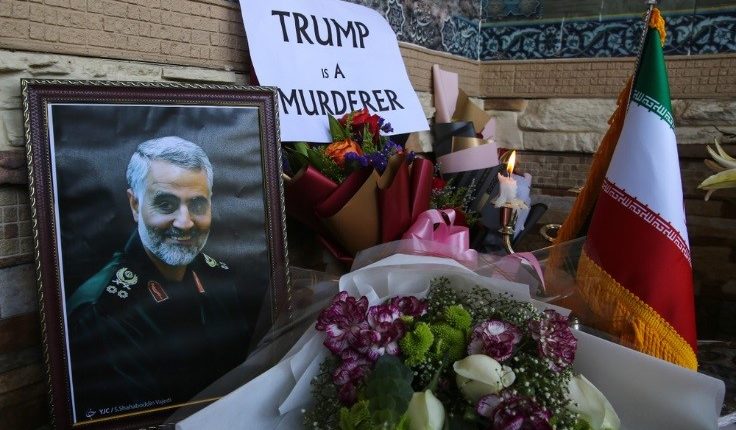 Explainer: Who was Qasem Soleimani?

The relationship between the United States and Iran has not been comfortable since 2018. That year saw US President Donald Trump walking away from a 2015 nuclear deal with Tehran. This balking was regarded as the beginning of a chain of events that led to the assassination of top Iranian General Qasem Soleimani.

But who was he? And just how important was he to Iran that speculations of a third world war dominated the discussions after his death?

Soleimani came not from a royalty or a high-position family in Iran. Following the Iranian Revolution in 1979, he joined the country Revolutionary Guard. He spent his entire adult life serving the group.

However, it was only during the Iran-Iraq War (1980-1988) that he rose to prominence. In 1998, Soleimani became the major general of the Quds Force.

And the Quds Force is an elite unit that’s “analogous to a combined CIA and Special Forces.” His power and influence, as well as his campaigns and accomplishments, earned him a reputation.

And that reputation was being nothing less than the second most powerful person in Iran, just next to the Supreme Leader.

The Quds Force under Soleimani has been nothing but controversial, especially in the eyes of the United States.

Reports said that Iran’s government uses the Quds Force to implement foreign policy goals. Soleimani headed the Force and used it to expand Tehran’s influence in the Middle East.

But what turned him and his Quds Force into a rock star in Iran was their involvement in the Syrian conflict, where they backed paramilitary forces that aided in the defeat of terrorist organization ISIS.

In light of the recent events, there’s no love lost between the Trump administration and Iran and its Quds Force.

The US government has accused the Force of supporting terrorist groups across the Middle East, such as Lebanon’s Hezbollah movement and Palestinian Islamic Jihad.

In April 2019, the US designated the Revolutionary guards as well as the Quds Force as a “foreign terrorist organization.”

In this way, Soleimani became a twofold character: on the one hand, a powerful, influential, and respected military leader in his home country. And, on the other, a terrorist leader accused of engineering campaigns and missions that butchered thousands of people.

Being an extremely critical figure in Iran, the US’s success in killing Soleimani escalated the already-deteriorating relationship between the two countries drastically.

Right after the news of the drone strike that killed the leader, Iran vowed “severe revenge.”

The Iranian government declared days of mourning and said it would abandon the 2015 nuclear deal.

The immediate reaction of the market was apparent: oil prices rose right after the escalation of the conflict. Forex pairs moved according to the inflow of updates from the two sides.

The immediate aftermath of Soleimani’s killing was one of sudden tense and gloomy atmosphere, with many world powers calling for restraint from both sides and de-escalation of the conflict.

While even experts weren’t sure whether the conflict would pave the way for the third world war, it is telling that people fear and propose such a scenario.

As expected, Iran clapped back, although it took days after the assassination. On January 8, Iran fired more than a dozen ballistic missiles to Iraqi military bases that housed US troops.

According to the Iranian Foreign Minister Javad Zarif, the attach was “self-defense.”
“We do not seek an escalation of the war, but will defend ourselves against any aggression,” said Zari via Twitter.
This rhetoric suggests a get-even attitude from Iran. It has since warned the US that it would retaliate further should America respond to the latest attack.
So, what’s next? Time will tell.
Soleimani’s death marked an escalation of a conflict between two superpowers. If worse comes to worst, Soleimani, even in death, will have paved the way for a third world war. Or not.