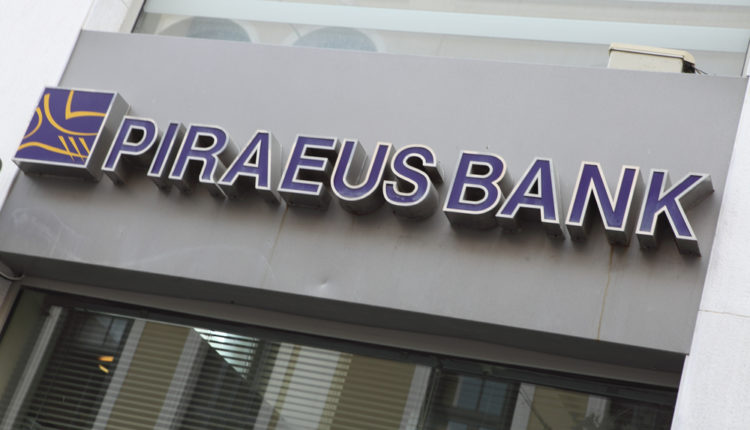 Having the highest NPL ratio among the eurozone, Greek banks is at 44.8%. All according to the recent figures of the European Parliament. Bad loans levels in Greece is the biggest issue to focus on according to Christos Megalou, CEO of Piraeus Bank.

There are several steps the southern European economy has taken. All aim to lessen the level of bad loans or Non-performing Loans (NPL). Such loans are in or close to error.

Megalou says that there are “significant improvement” in the area. He says, “I would like to see even more in reducing the amount of NPLs in the banks’ balance sheets.”

In Athens, he explains, “The four systemic banks have agreed among themselves to reduce the non-performing loans between now, and 2021 by 50 billion euros ($56 billion). 50 billion is almost 28 percent of the GDP of this country. It is a significant percentage vis-a-vis the actual percentage being produced by this country. I would like to see this happening, and I would be very happy if we are able to achieve these targets as we have set ourselves out to achieve.”

There is 15 billion euros target to reduce until 2021 for the Piraeus case. According to Megalou, the goal comes after a successful reduction of 5 billion euros of bad loans during 2018.

Megalou on extent initiatives from the Bank of Greece says, “the more weapons you have in your arsenal to address the issue, the better.” The finance ministry will help the banks in such a task.

Ending the third financial rescue last August, Greece puts an end to a close to 10-year financial help. Their vows are to stick to powerful fiscal goals for the upcoming years to provide debt relief.

About 2.2 percent growth rate expected to reach by the country this year. Then in 2020, it aims to reach about 2.3 percent. All are according to the European Commission. That could be the third and fourth preceding years of growth in resolving the crisis.

Megalou says that there is a strong interest from international funds in buying Greek NPLs. He says, “we had situations where funds were competing and in the process of competition they had to pay a significant amount of money in due diligence to be able to bid for these assets. We are very happy as a principal selling those loans of the level of competition and the level of activity we see in the NPL market. I would dare to say that one of the most interesting asset classes in Greece these days is the non-performing loans in this country.”

Forex Analysis: RBA Pulls the AUD as Focus Shifts to the GBP