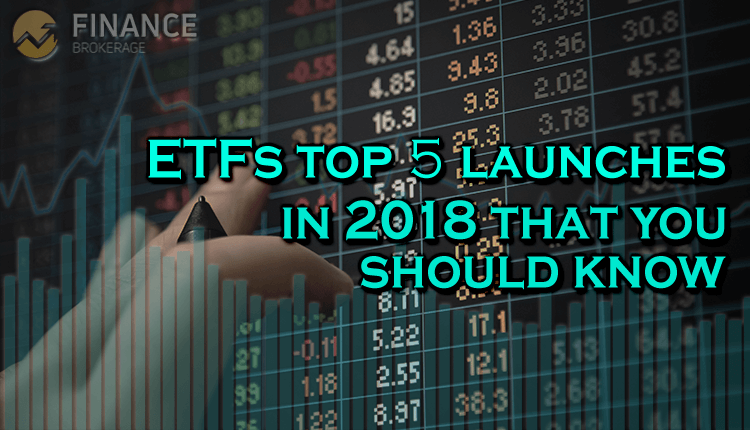 ETFs top 5 launches in 2018 that you should know

The year 2019 started with an impulse to grow with dozens of new exchange-traded funds (ETFs) going in the market each month. Meanwhile, the sector mostly controlled by major issuers. That includes iShares, Vanguard and Schwab. As a result, smaller contenders give more effort to catch investors’ attention. Launching a new ETF is a way to thrive for a position in the market. Although, starting new ETF mainly differ from an IPO or similar types of events. An ETF needs to prove its capability and reasonable strategies to gain investor’s support. If it does not stand, investors would come from an issuer who already are devoted to a client base.

In this post, we’ll share a list of the biggest ETF started in the year 2018. Continue reading to know which are the top and biggest ETF launches last year with unusual momentums.

Global Industry Classification Standard in September last year confirms changes in its sector categories. Its major shift was in the telecommunication sector. That of which absorb a few stocks formerly occupies the consumer discretionary and information technology sector. That made in order to become its new communication servicing sector. The Communication Services Select Sector SPDR fund mainly designed to represent the new sector. It is to receive substantial attention thru capitalizing within the category shift. It started during mid-June last year in which gains net inflows exceeding $3,4 billion at the end of the year 2018.

J.P. Morgan came as the second-largest ETF launch last year. It was an up-and-coming issuer in the ETF industry. J.P. Morgan as a major contender in the financial servicing sector brings massive client and asset base towards its new ETF launch last year. BetaBuilders are in line funds mainly benefiting from built-in customer list. Certainly, the firm drives its own client’s money unto each fund to support it on becoming the largest launches within the ETF industry. BetaBuilder Japan started during mid-June last year. Ending 2018 with an exceeding $3.2 billion net inflows.

The latest Barclays fund with long yet direct to the point name containing its main strategy. It is usually a bespoke product used by Fisher Investments for its in-house strategies. Therefore, Barclays fund differs from the usual exchange-traded products. It does not rely on outside customer base. That of which could build up within a longer time. Preferably, it has a ready pool of assets anticipating when it starts in March. Ending 2018, it gains more than $1.4 billion inflows.