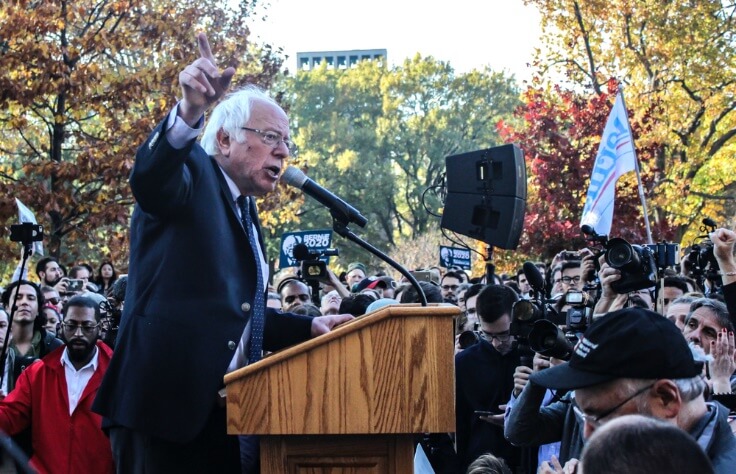 ELECTION DAY – US presidential candidate Bernie Sanders just promised to clamp down on media mergers. He also said he would solidify antitrust laws against tech corporations, including Google and Facebook.

Sanders has already repeatedly lambasted corporate media, even accusing some of them of bias against him.

He has recently penned an editorial and said he would seek a moratorium on merger approvals between major media corporations. He would also go after tech giants and prevent them from raking in ad revenues from news organizations.

Among his other pledges, he would also put a cap on the number of stations that large broadcast corps can own in each market and nationwide.

Sanders said, to quote him, that just a small handful of companies control “almost everything you watch, read, and download.”

He went further and said he would prevent “benevolent” billionaires from using their media empires to punish their critics.

The campaign period and election day would be a huge coverage for various media outlets. Sanders complains that corporate media hasn’t been fair to his campaigns.

Just earlier this month, he claimed to be a victim of unfair coverage by a US news media outlet. That outlet is under the control of Jeff Bezos—the guy who also owns Amazon.com Inc.

He has also criticized Amazon before for the corporation’s tax breaks and wage policies.

In the same editorial, Sanders claimed that while Disney can tout its blockbuster films and Bezos aims to get high in his space exploration, they weren’t to be trusted to cover workers’ fight for better wages. 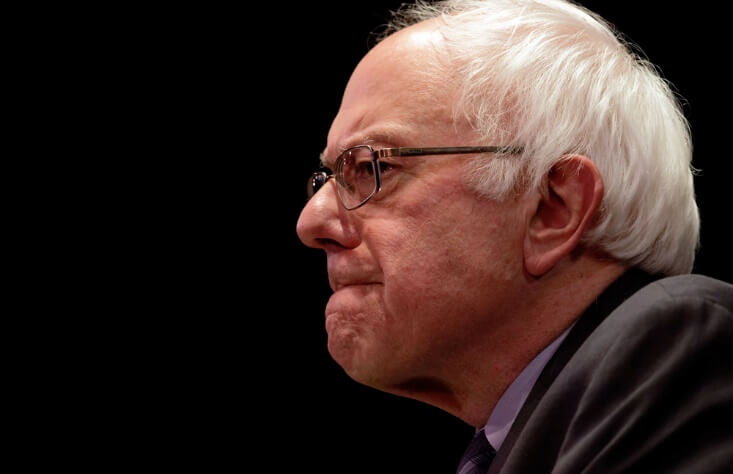 He’s practically the frontrunner among the 20 candidates who seek to get the Democrats’ nomination. If he wins the nomination, he will be going toe-to-toe with Republican President Donald Trump in November 2020.

Trump lambasts media in general, accusing many critics of proliferating “fake news.” But Sanders blasts corporate media, which he says is causing job losses in US journalism industry.

Sanders cited studies that found 1,400 communities have lost newspapers during the last 15 years. The studies also found that newsrooms already lost 28,000 employees since 2008.

He said that the reason for the lack of real journalism in the US is the “same forces of greed.” These forces, he wrote, are also “pillaging our economy.”

Sanders had recently unveiled a comprehensive plan in line with that goal. He wants a stricter antitrust action against Facebook and Google. Additionally, he would set up a collective bargaining power for media companies.

He also calls for a tax on targeted advertising that would rake in money from tech giants to local newsrooms.

This last suggestion gathered support from many corners, boosting his bid for election day. Last May, Nobel Prize-winning economist Paul Romer said the targeted ad tax was an alternative to conventional regulation.

There is also opposition. One ad-industry veteran said that such a tax system would affect far more companies other than just Google and Facebook.