Singapore is one of the most developed countries not only in Southeast Asia but around the world. Its GDP per capita is more than $103,000, which is a great result. The economy of Singapore heavily depends on foreign trade. The global economy is slowing down, and the trade war between the U.S. and China continues as both sides are unable to come to an agreement.

Moreover, the e-conimic problems of Singapore accelerated during the second quarter of this year. According to the Ministry of Trade and Industry GDP decreased by 3.4% in April-June in comparison with the previous three months. It is the biggest quarterly contraction since 2012 when GDP fell 4.1% in the third quarter.

Singapore is looking for possible solutions. One of them is to become the business mediation hub for the world. The country wants to use its reputation of a country with a robust judicial system and the rule of law. The goal is to attract potential customers. Singapore is moving towards this direction, and in August of this year, more than ten counties will receive an agreement. The name of the agreement is the Singapore Convention on Mediation under the auspices of the United Nations. The ceremony will take place on August 7 in Singapore.

It is not the first time when city-state decided to play an essential role in conflict resolution. Also, it is worth mentioning that there is a number of entities which deal with trade disputes. For example, a list of such organizations includes the Singapore International Commercial Court and Singapore International Arbitration Centre. Hence, it is not surprising that Singapore is trying to increase its popularity as a leading business mediation hub.

Let’s have a look at the statistics to understand the importance of this emerging sector for Singapore. In 2009 the total value of legal services reached S$1.5 billion, and last year this amount increased to S$2.3 billion ($1.7 billion). Law Minister K Shanmugam stressed the importance of becoming the business mediation hub. He said that he expects serious e-conomic gain for the local economy. 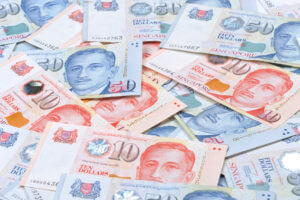 Asia is the world’s most significant region when it comes to economic growth. As it accounts for 60% of global GDP, the data from the International Monetary Fund. Thus, any trade disputes, especially between the two biggest economies in the world, is terrible news for the region. Singapore is not an exception as its economy relies on foreign trade. The exports of goods and services amount to 176% of GDP. The situation is complicated because exports fell to the lowest levels since May 2013.

According to the forecasts, e-conomic problems will continue for the rest of the year. In 2018 the economy increased by 3.1% while in 2019, economic expansion will be around 1.5%-2.5%.

Singapore is famous around the globe as a global trade hub. The government wants to use its reputation to become the center of business mediation. The global economic problems stimulate the governments to look for an additional source of income. In the case of Singapore, the e-conomic gain might be quite substantial, and this convention will strengthen their position.

The spot price of gold and silver on Friday