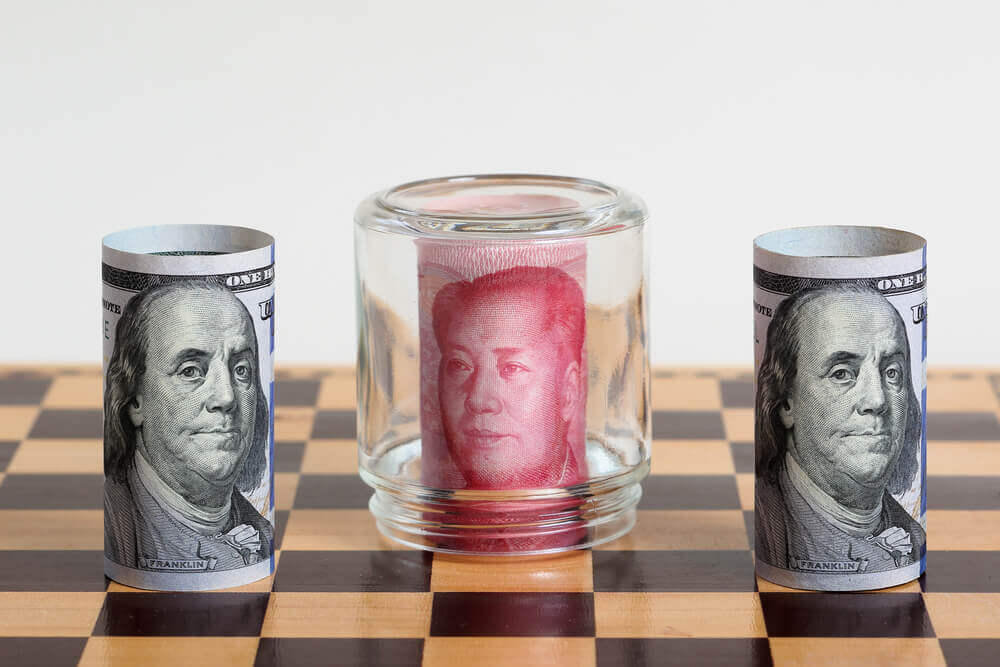 On Wednesday, Dollar remains static while Chinese yuan recovered from a loss in 11 months. This was after authorities’ effort to calm financial markets on escalating trade concerns.

Ahead of July 6, the yuan and Chinese equity tense as U.S. tariffs imposed $34 billion worth on Chinese goods. Beijing said they would fire back with tariffs on U.S. products.

The dollar made a 0.14% drop versus the basket of major currencies at 94.440, after attaining three consecutive monthly gains. This was ahead of the Independence Day on Wednesday.

On Tuesday, China’s central bank moved to pacify on yuan’s decline with a 6.7 psychologically key to the dollar mark. Yuan hit its lowest in 11 months amid the US trade tensions.

Governor Yi Gang said that the central bank was strictly watching the foreign exchange market’s fluctuations. Also, they seek in keep yuan stable at a reasonable level. Further, Yi said that cross-border flows were kept on a tight rein. This was according to People’s Bank of China statement posted on its website.

According to a Chinese bank adviser, authorities are not expecting a significant depreciation of the yuan. However, this eventually helped yuan to recover early losses and reverse into optimistic space.

Meanwhile, investors are anticipating Federal Reserve’s release of June meeting minutes. Additionally, the validation of US jobs data based on policymakers’ forecasts of two more rate hikes this 2018.

As oil prices increased to 3-1/2-year highs, the Canadian dollar sustained against the greenback. The data on domestic manufacturing supported the claim that Bank of Canada will hike interest rates next week.

Dollar drops on risk appetite’ increase ahead of US Independence Day

On Tuesday, the greenback dropped on the consolidation of investors to recent gains and less focus on trade conflicts. This made the risk appetite of the market to increase.  Further, this provoked some flows into other currencies specifically the Australian dollar and the euro.

Before the US Independence Day, market sentiment improved on China central bank’s movement to soothe the frictions on foreign exchange markets. Then, Renminbi’s decline below a key psychological level followed.

“That sentiment may have helped risk appetite a little…but the U.S. July 4th holiday and the July 6th start of U.S.-China trade tariffs are serving to keep FX investors on the sidelines for now,” Shaun Osborne, chief FX strategist at Scotiabank in Toronto, said.

Technologies on IVF, Stem Cell Save Rhinos From Extinction