Forex Markets: On Thursday, the USD rose while the Japanese yen fell in Asia ahead of the anticipated G-20 summit set to kick off on Friday.

On Wednesday, President Trump warned that he would impose additional tariffs on Chinese goods should there be no positive progress in trade talks this weekend.

Trump made this comment after Steve Mnuchin- Treasury Secretary said he thinks “there is a path” for US and China to make a trade deal.

“We were about 90% of the way there [with a deal], and I think there’s a path to complete this,” he said. “The message we want to hear is that they want to come back to the table and continue because I think there is a good outcome for their economy and the U.S. economy to get balanced trade and to continue to build on this relationship.”

“I’m hopeful that we can move forward with a plan,” Mnuchin added.

“President Trump and President Xi have a very close working relationship. We had a productive meeting at the last G-20.”

The white house has confirmed that the two leaders will meet on Saturday to discuss trade-related issues.

Investors are hoping trade talks between the two presidents will resume after this weekend. However, President Trump is extremely difficult to predict.

This week, the dollar came under pressure as markets dialed back expectations from aggressive rate cuts. The pressure came after Powell said the Fed was protected from short term political forces. He was pushing back against Trump’s demands for significant rate cuts. 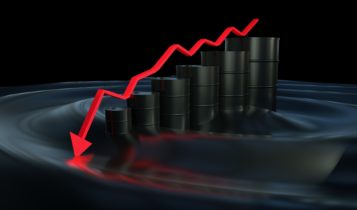 On Thursday, oil prices dropped in Asia, erasing some of the strong gains in the previous session. Investors are waiting for the upcoming G20 summit in Japan and a meeting with OPEC and other products to decide on the extension to output cuts.

However, oil traders remained cautious amid fears that the hoped-for positive trade talks at G-20 may not materialise. There were also uncertainties over continued output cuts.

President Trump is expected to meet Chinese President Xi at the G-20 summit in Japan to seek a breakthrough in trade negotiations. U.S-China trade wars have been hitting global economic growth.

On Wednesday, Trump hinted that the deal was possible but spoke of a possible plan B to reduce business ties with China.

Immediately after the G-20 ends on Saturday, OPEC will meet on Monday to discuss an extension of production cuts to support prices.

On Tuesday, OPEC will meet with OPEC+ (other producers including Russia), which agreed in Dec to decrease stock by 1.2 million barrels per day from Jan. The agreement will expire on 30th June.