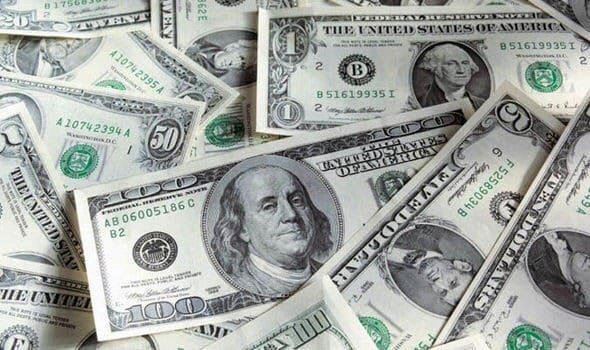 Dollar reaches its peak of the year

The dollar opened the week higher. During the trading session on Monday 29, the US currency grew around 0.44%. Only until last Friday, the greenback accumulated an approximate growth of 3.12% this year.

The growth comes amid fears that global banks will face eventual losses due to a hedge fund default.

The greenback advanced within limited ranges against most significant rivals.

At the start of the week, investors are cautious amid news that a hedge fund with significant positions in different firms was forced to liquidate late on Friday. Credit Suisse and Nomura reported substantial losses as a result of the $20 billion block-sale.

Another concern is a stimulus plan of US president Joe Biden which may include $1 trillion in new tax hikes. Major European and US indexes were under pressure, and they ended the day mixed. At the same time, US treasury yields continued their progress.

The yield on the 10-year Treasury note increased by 1.72%, to its highest level over a week.

Meanwhile, GBP/USD remained unchanged around 1.3770 after an early advance. The pound sterling stays resilient to the dollar demand. The coronavirus situation continues to improve in the UK, and the country is reopening, which supports the currency.

The dollar hits euro devastated by the virus

The EUR/USD pair is trending down. Selling pressure around the primary currency remains firm for another day.

The EUR/USD extends the move lower in the first half of the week and moves through the annual lows near 1.1740 due to the dollar’s strength and higher US yields.

The pair increased its decline after last week’s break out of the critical 200-day SMA at 1.1862, which has now become the next immediate target of any occasional bullish attempt.

The slow pace of the vaccine rollout in the Eurozone and the US economy’s superior performance compared to the other G-10 countries have contributed to the renewed selling position around the common currency. However, the firm hand of the ECB combined with the expected rebound in economic activity in the region will likely prevent a much deeper pullback in the long-term.

What Could Slay the Stock & Gold Bulls