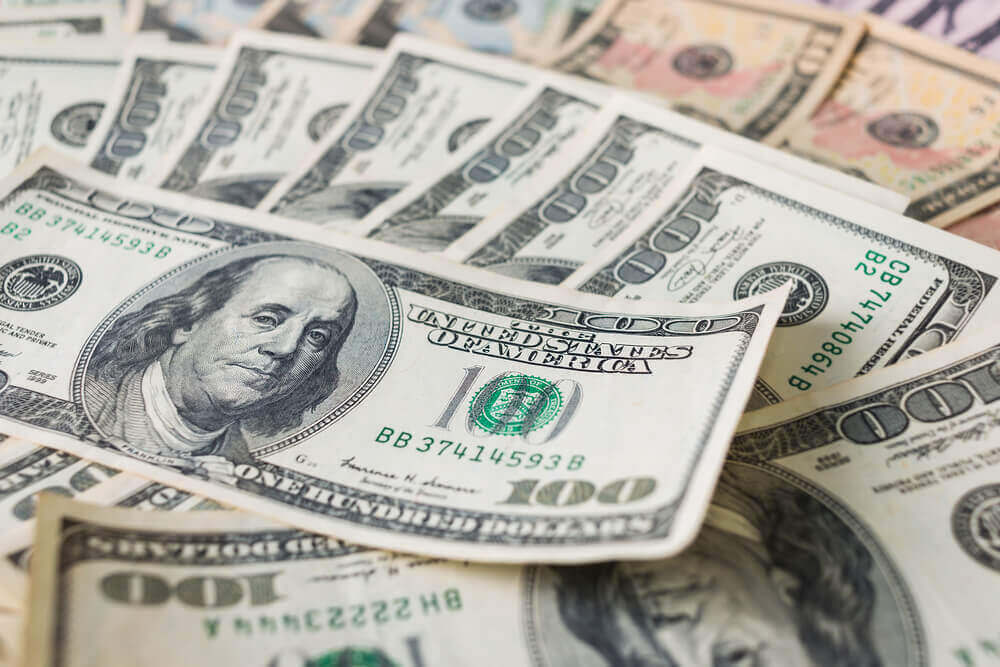 The dollar sold off sharply in early European forex trading on Monday. It was weighed by doubts about the strength of the U.S. economic recovery. The Federal Reserve’s policy meeting will take place later this week.

The greenback is weighed down by a number of factors, including a worsening row with China. The uncertainty surrounding November’s presidential election also weighs on the dollar.

However, doubts about the strength of the U.S. economic recovery are of prime concern. The country struggles to cope with Covid-19’s second wave.

The U.S. reported its first rise in employment claims since March on Thursday. This was largely as a result of a number of populous states having to roll back their reopenings because of COVID-19.

Analysts at Danske Bank said high-frequency data already pointed to a stalling of US recovery in recent weeks. July’s U.S. PMIs have confirmed this picture with the services PMI showing further improvement. But it remains in contraction territory in contrast to its European counterpart.

Dollar: Now Comes the Next Phase of Supporting the Recovery

The Commerce Department will give its first take on second-quarter of the U.S. GDP on Thursday. Analysts are forecasting a bruising 34% annualized decline during the three-month period. Durable goods orders for June are due later on Monday.

The Federal Reserve will meet this week, with its two-day meeting ending on Wednesday. This is amid growing expectations that the central bank will have to support the economy once more.

The emergency phase when the virus crisis was at its peak is over. The next phase of supporting the recovery has now come. Some Fed members over the past weeks have said it will take several years, said analyst Morten Lund, at Nordea.

In Fed board member Lael Brainard’s speech, she said the focus of monetary policy will shift from stabilization to accommodation. The focal point of the FOMC meeting will be about what those accommodation tools might look like.

Meanwhile, forex news reports the dollar was squashed as the Fed is seen softening its inflation stance.

Moderna Surges in the Pre-Market Thanks to Gov’t Aid