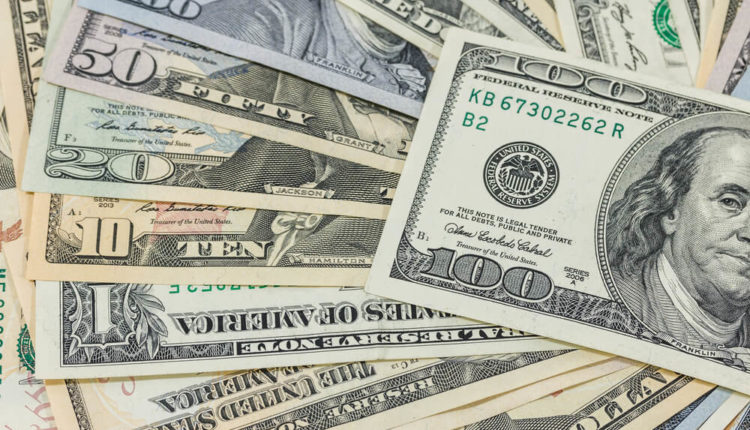 The dollar slumped in early European forex trading on Friday. It is heading for its weakest month in 10 years.

Traders fretted about the U.S. economic recovery due to the continued spread of the coronavirus across the Midwest. It was also due to the failure of U.S. lawmakers to agree to a new round of stimulus measures.

At the root of the dollar’s weakness is a fact highlighted by Fed Chairman (Jerome) Powell the other day. It was that U.S. COVID-19 cases started to increase in mid-June, curbing consumption, and sending the economy downhill. This was a statement from Daisuke Uno, chief strategist at Sumitomo Mitsui Bank.

The Q2 GDP data made the evidence for economic weakness obvious. The data showed that the U.S. economy contracted by an annualised 32.9% during that quarter.

Furthermore, initial claims for unemployment benefits increased by 12,000 to a seasonally adjusted 1.434 million. That was in the week ending on July 25, a sign that recovery in the labor market is stalling.

More Uncertainty for the Dollar

Meanwhile, U.S. President Donald Trump has created even more uncertainty for the dollar over the upcoming presidential election. Republicans and Democrats are no closer to reaching consensus on the latest stimulus measures.

Some earlier measures shall expire later on Friday.

Also, the U.S. has had almost 4.5 million Covid-19 cases, according to Johns Hopkins University data. Florida and Arizona have reported a record increase in new deaths for the third day in a row on Thursday.

Turning to technical analysis, the greenback has room to drop a lot more in comparison to the euro.

Karen Jones, Team Head of FICC Technical Analysis Research at Commerzbank said that EUR/USD is through tough resistance at 1.1815/33. It’s a 61.8% Fibonacci retracement, a 12-year resistance line and the September 2018 high.

They are surprised that this has not held the initial test. The break above here targets 1.2635/66, the 200-month MA, Jones added.

Forex news reported that Goldman Sachs has issued a bold warning on 28 July, 2020. It warned that the dollar is in danger of losing its status as the world’s reserve currency.

The company has put a spotlight on the suddenly growing concern over inflation in the United States.