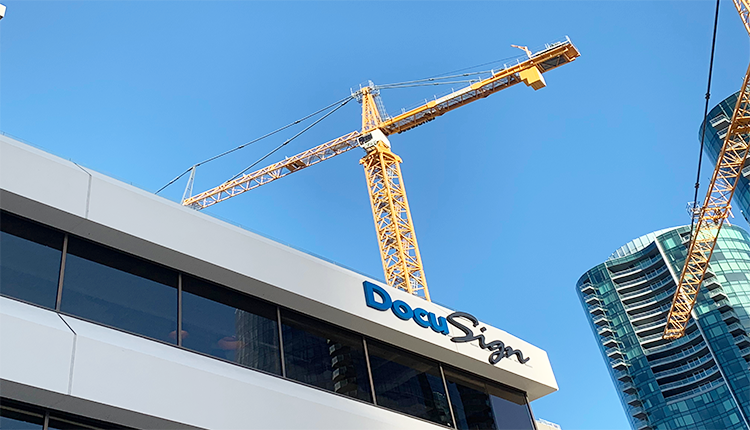 After the report of DocuSign about its better than expected earnings, the company’s shares sank 12% last Friday. The fall happened after the electronic signature company added revenue from consumers.

Aside from DocuSign, Box Zuora, Cloudera, and Pivotal Software also suffered from longer sales cycles and difficulty in sales execution. And these became a theme in the cloud software companies for the past few weeks. Wall Street punished all of the firms, but others received much more.

While this may be true, DocuSign and other cloud companies are facing problems with growth that comes with being developing firms. Also, they deal with large enterprises while meeting public market investors’ demands. Hence, these companies hold too much pressure.

Meanwhile, the matter of DocuSign began when it acquired the SpringCM for $220 million last year. And this drove the company to more than a single product for digitally signing documents and into an area dubbed as contract lifecycle management (CLM). The CLM manages the making of papers for people to sign and to update in changes.

“You elongate the sales cycle. You put a short-term dampening, I think, on your billings, but you increase your long-term billings because we have more to sell,” Dan Springer, CEO of DocuSign, stated in an interview last Thursday.

In addition to that, Springer explained more about the financial implication of the expansion of DocuSign.

“They were interested in also looking at some of the CLM capabilities of SpringCM,” the former CEO of marketing software company Responsys, Springer elaborated.

And in the earnings report this week, the stock price of DocuSign rose 89 percent from the company’s IPO last year. The company became a part of a crop of subscription cloud-based software firms which altered to the public in recent years. Also, it gives development stories to enterprise technology investors.

Furthermore, DocuSign’s fall last Friday is the worst in its history on the market.