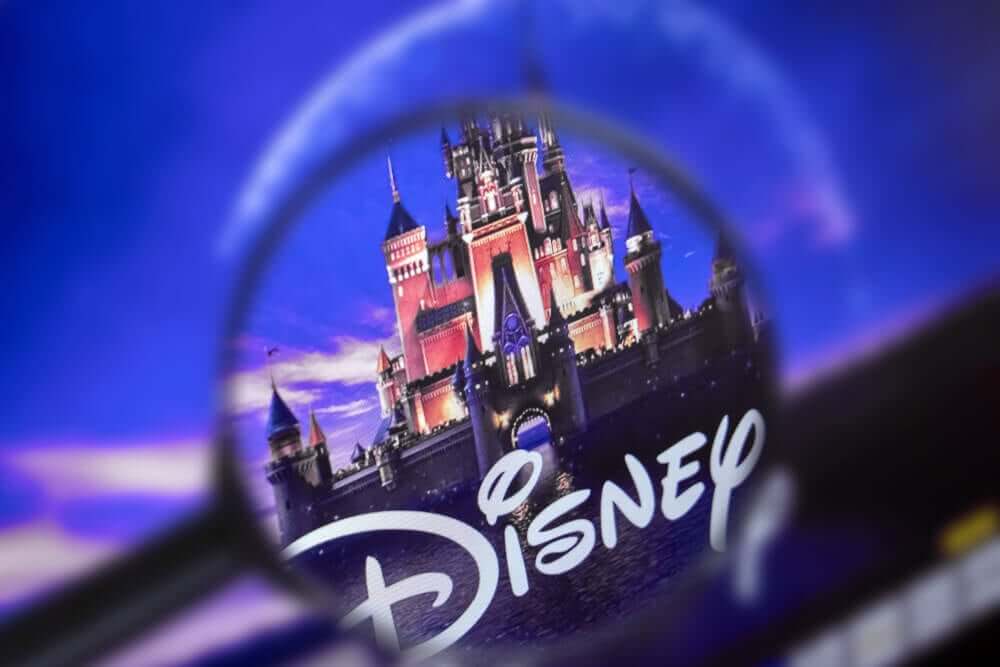 Recently, non-Fungible Tokens, i.e., NFTs, have received a lot of attention worldwide. Almost all techno enthusiasts show interest in the famous NFT. And did you know that Disney has released its Non-Fungible Token called Disney NFT?

Following giant corporations such as Nike, Coca-Cola, and many others who have fallen under the influence of this crypto hype, Disney has also created its first range of Disney NFT tokens. Disney released NFTs of their most beloved and famous characters, such as Wall-E, Iron Man, and C-3PO, in celebration of the virtual Disney Plus Day.

But before we give you complete information about the Disney NFT project, for those who have just stepped into this world, we want to explain what Non-Fungible Tokens mean, that is, NFTs. Well, let’s start with the most basic definition of NFT, shall we?

What is a Non-Fungible Token (NFT)?

Non-Fungible Tokens, or NFTs, are very similar to a one-of-a-kind piece of art, meaning that they are unique and non-interchangeable. According to these features, NFTs are extremely valuable, and they provide full ownership of their online items.

In other words, a Non-Fungible Token, or NFT, is a non-interchangeable and authentic piece of data stored on Blockchain technology. Beginners should understand that the Blockchain refers to a form of digital leather.

“Non-fungible” by definition means that you cannot exchange them for any other cryptocurrency or goods like you are able to do so with fiat money.

A brief history of NFTs

Before we proceed to the Disney NFT explanation, we’d like to give you a quick overview of the NFTs history. Back in 2017, American studio Larva Labs developed famous CryptoPunks. It is a series of collectable digital characters that are traded throughout the NFTs.

We are speaking of unique 10,000 CryptoPunks to collect. However, being digital commodities, it is easy to make freely tradeable copies and reduce their value. CryptoPunks are made digitally scarce with the use of Blockchain.

This gives unquestionable proof of ownership to every Punk’s holder. So, this means that only one actual copy of every one of the 10,000 digital characters in the world will ever exist.

What are the NFT types of data units?

NFT data units are usually associated with digital files such as audio, photos, and videos. Since every token is considered uniquely identifiable, it is evident that the Non-Fungible Token is very different from numerous other blockchain cryptocurrencies, such as Bitcoin, Ethereum, etc.

It’s well known that NFTs managed to make giant waves in the fine art world. Some Non-Fungible-Token collectables series are united by anaesthetic in the first place. NFTs alongside the entertainment IP rights are a perfect match for many people.

An emerging market with countless possibilities and hype combined with a billion-dollar industry sounds more than fun. So, let’s proceed to explain the Disney NFT and the whole idea behind it, shall we?

Disney NFT – The idea behind it Since NFTs are exploding in popularity, it’s no wonder that many entrepreneurs are visualizing the entire media industry being built around them. That’s how Disney came to think about their characters and creative properties being owned by a panoply of fans, not just by a single company.

That’s why countless NFT enthusiasts, comics authors, and talent agencies are buying in. Disney has produced limited and rare products in the past. However, the Non Fungible Tokens’ announcements clearly mark the first time it has ventured into the cryptocurrency space.

So, the idea behind the Disney NFT project is to release a new series of collectable NFTs in order to celebrate Disney Day. If you wonder what the first Disney NFTs ever to be released were, it was Iron Man and Elsa.

The Golden Moments collection on the VeVe marketplace

Disney Corporation teamed up with VeVe, the famous NFT marketplace, in order to make its collection “Golden Moments.” The collection will become available to all the fans of the House of Mouse. That particular collection features some of the most iconic stories and characters from the famous Disney franchises.

The Golden Moments collection is available through the famous VeVe platform from November 9, with numerous all-gold digital statues that fans are able to acquire.

What does the collection include?

This particular collection includes characters like Wall-E and the pizza truck from Pizza Planet that have appeared in numerous Pixar movies. As of November 12, 2021, the unique “Ultra Rare” digital collectible is available.

Every purchase of a digital collectable from Disney’s “Golden Moments” collection from VeVe gets to receive an offer code for 12 months of Disney+ for purchasers of a unique Ultra Rare digital collectable, or three months Disney+.

Sometime later, in November 2021, Disney released an NFT of its founder Walt Disney, holding the hand of Mickey Mouse alongside Iron Man, R2-D2, and C-3PO.

At what value is the collection estimated correctly?

Besides owning a valuable piece of digital Disney memorabilia, collectors will be attracted to the NFTs’ penchant for dramatically rising in price, thanks to the scarcity they’re given through Blockchain technology.

It means that a Disney collectible could be worth a lot more in the future than what you may have paid for it. However, the worth of the Golden Moments collection is still unclear since a lot depends on how rare every collectible is. However, with a beloved brand such as Disney, the demand for the Non Fungible Tokens could send prices really skywards. On December 22, 2021, Three Steamboat Willie digital collectables dropped on the VeVe app for iOS and Android. The famous Mickey Mouse NFT Collection featured the True Original Mickey Mouse. The collection dropped to celebrate some of Mickey Mouse’s most memorable moments. Moreover, it highlights the evolution of Mickey in all forms and costumes and all the cultural phenomena.

Steamboat Willie represents the first-ever synchronized sound cartoon starring Mickey Mouse made in black and white 3D. It is a Steamboat Mickey standing proudly at the wheel of his ship.

A Jaunty Jig refers to a figure that features carefree and content Steamboy Mickey, that’s looking ahead, dancing, and enjoying a wonderful day on his ship. Here is all the essential information about this figure:

A Happy Whistle represents the figure of the quintessential Steamboat Mickey pose whose eyes closed and lips puckered. He’s ready to whistle and move to the ship’s beat. So, here are all the details of a Happy Whistle figure:

The premium animated collectible includes Steamboat Mickey standing proudly on a base inspired by the animation discs at Walt Disney Animation Studios, which sat atop all the great animators’ desks.
There are hundreds of unforgettable and beloved Disney characters that were created first. In fact, the pose comes to life through fantastic movement and sound alongside this disc. Here are the details:

If you wonder how to buy Disney NFTs, you have to sign up for the VeVe marketplace. It is possible to do either via its Android or iOS app or through the platform’s website. You can also purchase blind boxes through special “drop days”.

These particular collectables are only possible to buy in a blind box, meaning that buyers won’t know which rarity or collectable they’ve acquired until after their purchase.

To successfully buy a Disney NFT on VeVe, here is the essential step-by-step guide that will help you do so:

Disney isn’t the only company to invest in NFTs

What is also interesting to note is that Disney is not the only major company to invest in Non-Fungible Tokens. Other companies such as Nike, Coca-Cola, Asics, and Procter & Gamble have released their own NFTs.

For example, Coca-Cola brought more than $575,000 on its first auction. In 2021, NFTs continued their growth, racking up more than an incredible amount of $2.5 billion sales in the second quarter of that year, more than $13.7 million more than from sales in 2020.