With the advent of innovative companies and technologies, everything gets their share of disruption. That includes employees. And we’re not only talking robots here; we’re talking about gigs and side hustles. It’s the gig economy that’s changing the labor market landscape right now.

What is the “Gig Economy”?

A “gig,” in modern times, refers to any temporary, sometimes one-time job outside of permanent employment. Therefore, the gig economy is the economy of people doing some freelance work, gigs, side hustles, and any work outside of the traditional sense of employment. Is that a good thing? We’ll get to that later.

Gigs aren’t as new as they sound. The first time the term served the moneymaking sense was in 1926 when a British music magazine used “gig” to refer to a paid musical performance. Since then, the word has served to refer to short-term or temporary work.

But that’s not where the term stops. If you think about it, the definition is pretty loose. When you say “gig,” do second jobs or part-time jobs count? What if you’re a freelancer, but you’re also employed with a contract? What if all you got are side hustles and zero full-time jobs? The discrepancy in the meaning is among the reasons why some surveys do not match.

For instance, in 2017, the US Bureau of Labor Statistics gathered data on “contingent workers” for the first time since the year 2005. According to this survey, only 1.3% to 3.8% of the labor force belonged to gig work. However, smaller surveys show 35% of Americans have some freelancing work.

Another example: The Freelancers Union 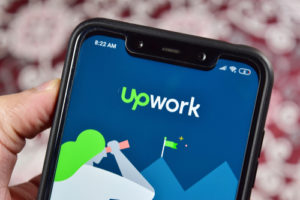 and Upwork commission this comprehensive annual study.
And according to the study, more than 50 million Americans belong to the freelance economy as of 2019.
Meanwhile, the Federal Reserve released an economic well-being report. And this report put the number as closer to 80 million. The difference is significant. But what’s more important is this: the gig economy is more significant. It’s growing. More and more people are joining it.
Why?

Why People Join the Gig Economy

The gig economy is an open space where different kinds of people can co-exist.
But, apart from the promise of flexibility and freedom, the gig economy offers other attractive advantages.

Quite obviously, working independently offers tax benefits. And in 2017, the US issued the most significant tax overhaul in two decades: Tax Cuts and Jobs Act. This law has a revenue code, Section 199A, allowing independent workers to reduce 20% of their business’ qualified business income if they earn less than $315,000 annually. This reduction helps a lot when it comes in tandem with other qualified business reduction.

Two of the most attractive features of the gig economy are flexibility and control. Workers have the freedom to choose with whom they will work. They also have more control over their time.

Because of technological developments, remote working is a lot easier. There are more collaboration tools and co-working spaces available.At the same time, companies can better engage freelance workers who decide when and how they will work.

Now, more than ever, connecting with companies and prospective clients is more comfortable. According to a 2019 research, 24% of gig workers used an online platform to find jobs in the past year. That’s a lot higher than 3% in 2012. Meanwhile, in the coming year, 29% of workers plan to use online platforms.

Gig economy workers also report high percentages of “staying power.”
For instance, according to a PYMNTS survey, 75.7% of gig workers would not quit their gigs for a full-time job. The survey also showed 60% of gig workers don’t have alternatives because they don’t want or need one. Meanwhile, Gallup reports 64% of gig workers said they’re doing their preferred type of work.
But, despite these figures, is the gig economy all rainbow and sunshine?

Welcome to the Dark Side

Similar to many other things, the gig economy can be a boon or bane for people. You can pick up new knowledge along the way, which could then help you become a well-rounded, skilled worker. And that’s what companies are looking for. But there’s a sad reality in all this.

Side Effects of Hustling

With the ease at which workers can acquire a “side hustle,” hustling is pretty much a given for gig workers.
And sometimes, hustling means getting stuck in a non-stop schedule of work, work, work. The “hustle ethics” require you to work as hard as you can so you can be the next Elon Musk or Kylie Jenner. And despite that sounding unrealistic, a lot of gig workers believe in it.

It’s easy to find television shows where billionaires often receive praise for the hard work they put in.
While their work is valid, they also have the resources to, say, have their house cleaned or have their bills secured. In other words, gig workers aren’t hustling at the same level as these billionaires.
The hustle culture brings with it a variety of risks. 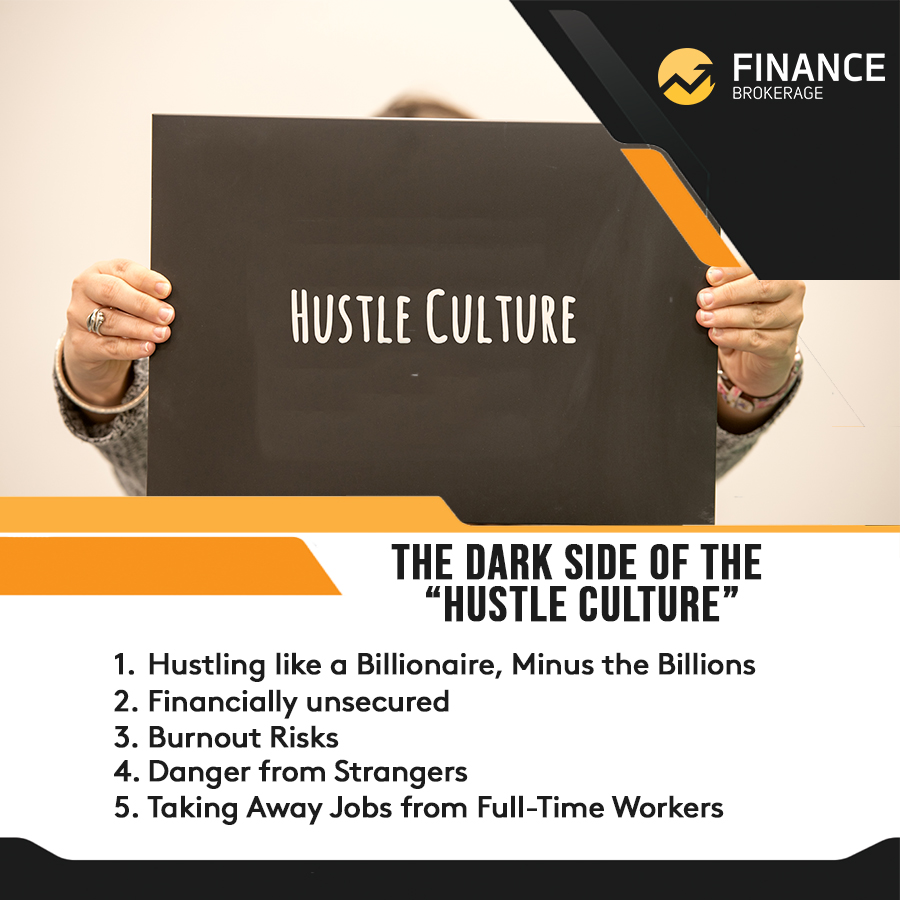 According to the Federal Reserve’s Economic Well-Being Report, gig workers are more economically vulnerable than full-time employees.
It’s easy to imagine a gig worker losing clients overnight. He or she has no full-time employer to fall back on at this time.
Inflation, expenses, and other costs can quickly eat away from his/her savings if he/she cannot find well-paying clients fast enough.

As a result, the gig worker chooses to work ten or even 20 side hustles at the same time.
He/she thinks diversifying his/her clientele helps. And while that’s true to a certain extent, the situation 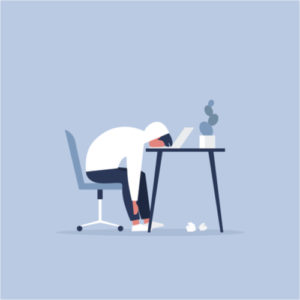 forces him/her to sacrifice other aspects of life, such as family time, rest, sleep, eating, and others.
This kind of setup spells disaster for a person’s well-being.

Today, the gig economy runs on the machinery of technology and the internet.
As we’ve mentioned, most gig workers find jobs through apps and online. This setup is very different from decades ago, where people had to meet with people to get jobs like babysitting or tutoring.
Gig workers today need to step into places where their bosses are practically total strangers.
One expert suggested these strangers are anonymous. It’s easy to have fake names, pictures, and emails to become this stranger customer. It’s not challenging to search for reports of violence, crimes, and harassment concerning gig workers and customers.

The gig economy also paves the way for a specific type of technological displacement.
Smartphone-based independent contractors (or a gig worker, basically) inevitably take away jobs that full-time employees used to do.

And the process doesn’t only mean one-to-one job loss, where one gig worker replaces one skilled, full-time worker. Many app-based workers are part-time workers who supplement their income from their traditional jobs. However, they don’t have the label “employees” from the app companies.
Instead, they are misclassified as “solo entrepreneurs.” In others, gig workers these days do not have steady, reliable work.

These hardships aren’t lost to authorities. Earlier this year, the “gig worker” bill got into effect.The California Assembly Bill 5 (AB 5) was signed into law in September 2019 by Governor Gavin Newsom. This law requires companies that hire independent contractors to classify these workers as employees. What does this mean for gig workers? They will receive:

There are downsides too. For one, the gig worker might lose the precious flexibility and control of being an independent worker. Since they are not employees of the company, they must adhere to rules and standards of working. That might mean longer hours for ride-hailing drivers or higher delivery quotas for riders. Still, the AB 5 law has been a welcome change for many gig workers. Controversies are surrounding it, as many companies balk at the idea of classifying their “contractors” as “employees.”

The Solution? An Exit Strategy

As the old saying goes, prevention is better than cure.
Naturally, it’s better to have an exit plan in mind before committing to gig work. The gig economy will not ask you this, but you should: how are you going to get out?

The easiest way to answer that would be to set goals for yourself. Set financial goals for your gig, whether it’s saving up for a new cabinet or funding your retirement plan.

Is this gig work something you would call a career? Remember that even with the flexibility and control, you’re still a worker for somebody else’s company.
If you don’t plan to spend your whole life in the gig economy, you should have professional goals. You can use freelancing or side-hustling as your springboard to striking up your own business.

And if you’re in too deep?

It’s going to be tricky, but a part-time job that can turn into full-time employment could be a useful reset. The steady and stable employment can cover the necessary expenses. You can still acquire some gigs on the side, but you would know which one keeps the roof on your head.

The gig economy continues to grow. It’s now playing a significant role in many international business operations. Its impact will grow, too, and will spur opportunities for the business landscape.

Demand will Continue to Grow

Despite the AB 5 law, companies will continue to seek flexibility in managing their fixed labor costs. Contingent workforces will see higher demand.

The gig economy will continue providing a plethora of opportunities for both the workers and companies.

Companies and gig workers will also be redefining what gig workers are. Freelance workers will become consultants if they possess specialized knowledge and the expertise the companies need.

With the AB 5 as precedent, more new laws and legislations will appear to address the downsides of the hustle culture.

Although it would take years to happen, and it may not happen at all, the gig economy will replace the traditional employment norm as we know it.
Or the two will combine to offer a better and bigger working life for the next generation.