DATA PRIVACY – Facebook’s Chief Operating Officer Sheryl Sandberg met with lawmakers on Capitol Hill to hold meetings for the legislation that would protect users of the social media platform, according to officials.

According to a Facebook spokesperson, the meetings had been planned before and they weren’t aimed at discussing reports that the tech company would soon settle an investigation by the Federal Trade Commission over privacy security errors.

Senate Commerce Committee Chairman Roger Wicker, who is a Republican, and Senator Mark Warner, who is a Democrat, were among the top officials with whom Sandberg met. She was also meeting with Republican Senator Jerry Moran, according to the senators’ representatives.

Moran and Wicker are members of the six-senator working group that is drafting a bill for setting standards for user online privacy.

The social media giant, which also owns Instagram, has been grilled before for inappropriately sharing information of over 87 million users with Cambridge Analytica, a now-defunct British political consulting firm.

According to Facebook, a settlement could cost somewhere between $3 billion to $5 billion. 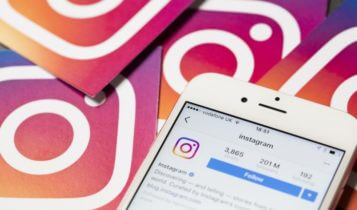 According to reports, potentially false or misleading memes and fake photos on Instagram will be sent to the same dashboard that Facebook’s fact-checking partners already use to spot misinformation. If the posts are tagged false, their spread on the platform will be limited.

However, if a user directly follows the account which posted the flagged item, it will still appear on that user’s feed.

Facebook started partnering with fact-checking organizations in December 2016, with the goal of fighting misinformation on the platform. The partnerships have grown to include 52 partner groups across 33 countries, with Facebook expanding its scope to include groups where misinformation is typically shared.

Last December, reports said that the efforts were in “disarray,” with accusations claiming that the tech company wasn’t taking the matters seriously. Last February, Snopes ditched its partnership with Facebook, saying that it was better off fact-checking the whole web instead of just Facebook’s platform.