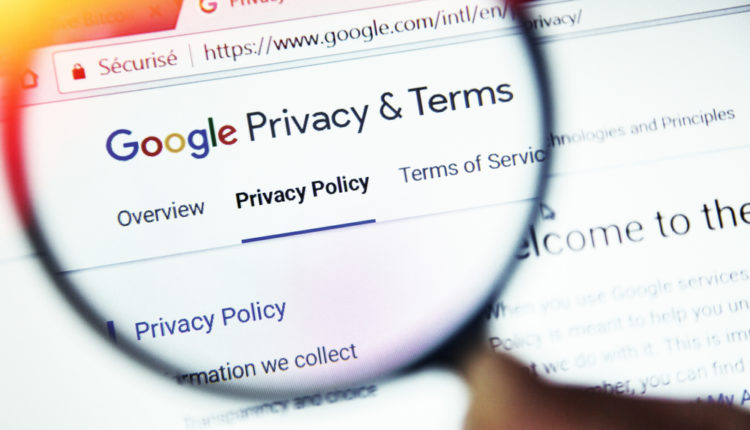 CYBER – The data protection watchdog of France charged Alphabet’s Google with 50 million euros ($57 million) on Monday. Further, this was line with its violation for breaching the European Union online privacy rules. The violation is the biggest penalty imposed against a US giant tech.

According to the French regulator, Google lacked transparency and clarity to inform users as to how it handles personal data. Moreover, the US tech giant failed to make a proper acquisition of their consent for personalized ads.

The EU’s General Data Protection Regulation (GDPR) is the largest shake-up of data privacy laws and returned last year. More so, it enables users to better control their personal data. It also gives regulators the right to impose charges up to 4% of global revenue for violations.

“The amount decided, and the publicity of the fine, is justified by the severity of the infringements observed regarding the essential principles of the GDPR: transparency, information, and consent,” the CNIL said.

Meanwhile, Google released a statement. It stated that people “expect high standards of transparency and control from us. We’re deeply committed to meeting those expectations and the consent requirements of the GDPR.” Google added that it was now examining its next moves.

CNL decision was in light of complaints from two non-governmental organizations. None Of Your Business (noyb) and La Quadrature du Net (LQDN) were the organizations. According to the regulator, 10,000 people mandated the two organizations to present the case.

Popular for its stringent interpretation of privacy rules, the French regulatory body is imposing a tough approach to US Internet companies.

A former spy chief suggested banning China’s Huawei Technologies to provide equipment supply to 5G networks in Canada. This was according to an article published on Monday.

Last week, China’s ambassador imposed threats of backlash once Ottawa blocked Huawei. However, the Canadian government dismissed the warning. The arrest of a top Huawei executive in Vancouver last month on US extradition warrant has tainted Canada-China relations.

As of now, Canadian officials are now examining the security implications that come with 5G networks. However, a source familiar with the matter said that their report will not likely come in the immediate future.

Richard Fadden was the head of the Canadian Security Intelligence Service spy agency from 2009 to 2013.

According to him, “Canada’s government should ignore the threats and ban Huawei from Canada’s 5G networks to protect the security of Canadians.”

Meanwhile, there are a few Canadian allies that have already imposed restrictions on the use of Huawei equipment due to the risk of espionage.

The Five Most Dangerous Cyber Threats You Face Every Day

Huawei launches the latest smartphone amid US ban