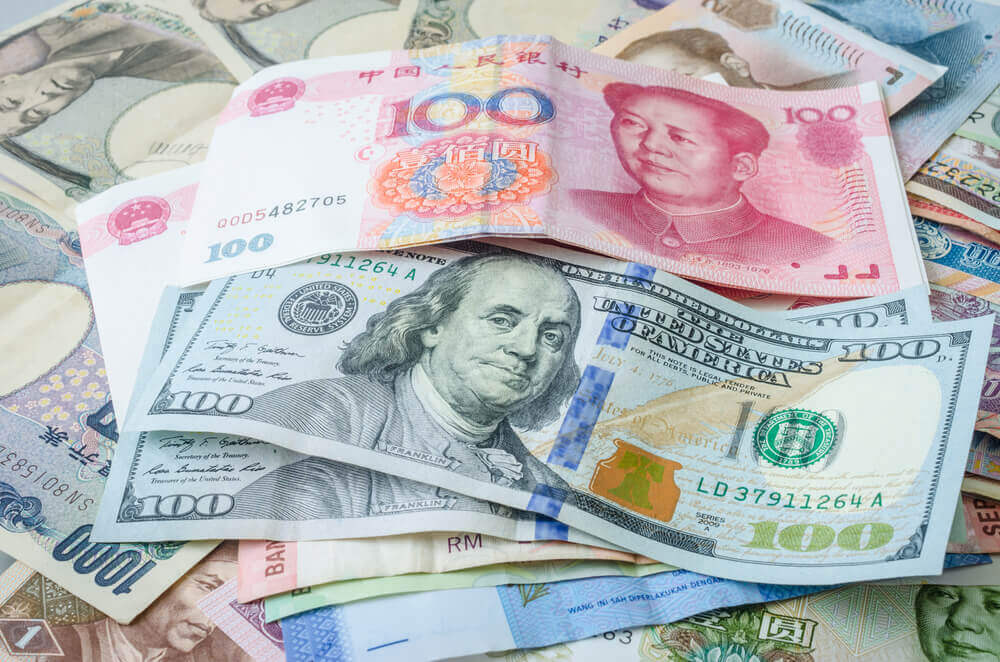 Safe-haven currencies rose up in the currency markets as trade doubts dominated the market. The uncertainty came after reports suggested China was becoming hesitant to strike a deal with the US.

The Chinese yuan, suffering from trade war tensions, lost more than 0.3% to 7.1356 per dollar. Onshore yuan trading is zilch on Monday as China celebrates its national day.

The Australian dollar and Korean won also slipped as doubts lingered in the market over trade negotiations.

The British pound sterling didn’t move much at $1.2325. Investors are trading the royal currency as Brexit uncertainties still loom large.

British Prime Minister Boris Johnson is now aiming for huge changes over the issue of the Irish border. The EU and Ireland said last week that Johnson’s proposals would not probably result in a deal.

Reports over the weekend suggested that the Chinese side weren’t as eager as before to hammer a deal with the US.

According to sources, Vice Premier Liu He told dignitaries that his offer wouldn’t include commitments on reforming Chinese policy or subsidies.

The Trump government has been pursuing those conditions as main demands in the trade talks.

Trader tensions have also grown after reports showed that US officials were considering some curbs on investment in China.

Among these curbs were the blocking of all US financial investments in Chinese firms. However, US trade policy director Peter Navarro denied the claims and branded them as “fake news.”

In those high-profile meetings, Liu He will meet US Trade Representative Robert Lighthizer and Treasury Secretary Steven Mnuchin.

US Federal Reserve Open to Another Rate Cut | FinanceBrokerage