Current stock market: Credit Suisse reported another rise in net profit for the first quarter of 2019. It was its first reporting after it completed its three-year restructuring plan.

Key highlights for the first quarter are:

In an earnings statement, the bank said it was operating with a lower risk profile, a stronger capital base, and a structurally lower cost base. Tidjane Thiam -Chief Executive Officer of Credit Suisse reiterated that the bank’s model is “resilient,” which has allowed it to protect its “bottom line during periods when markets are challenging.”

10% target for return on equity

Return on equity is a key metric in financial performance. The bank reported a return on tangible equity of 8%. The return was slightly lower than the bank’s target of 10%. Thiam attributed this to challenging market conditions.

“How do you get to 10% in an environment like this, as a European bank? We were at 6% last year; 8% is a huge increase on last year,” he said, adding that the bank can still achieve 10% this year if there is a supportive market environment.

The bank is cautiously optimistic about its performance in the coming months. It’s concerned with certain geographical and macroeconomic issues which could impact client activity. 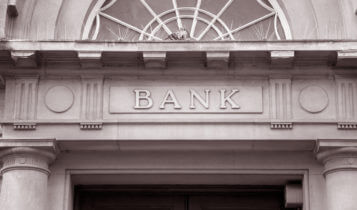 On Wednesday, Australia granted a new banking license to the technology-driven business lender Judo Bank. The move was to improve competition in the sector dominated by four big banks.

As an authorized deposit-taking institution, Judo customer’s deposits are subject to the same A$250,000 government guarantee that protects deposits at the larger banks.

According to the Australian Prudential Regulation Authority (APRA), the license allows Judo to operate without restrictions.

The market dominance of the Big Four lenders has been detrimental to customers, prompting the government to call for more banks to challenge the industry’s oligopoly.

A misconduct inquiry on Australia’s financial sector exposed instances of cash bribes paid to win mortgage business and fees charged to the accounts of dead customers.

Healy said the main reason for building Judo bank was to provide the service that small and medium-size businesses were looking for- a human service as well as a technology platform.

Last year, APRA granted its first license to internet only banking startup, Volt Bank. However, unlike Volt, Judo provides online-only services for depositors but also uses relationship bankers to service the small and medium businesses it lends to.