Copper prices resumed the downward trend on Monday. They plummeted to their lowest level in more than three years, approaching the barrier of US $ 2 per pound. 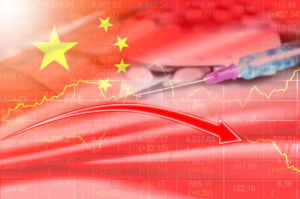 The price of copper accumulates a decrease of 24.99% so far this year. With this result, it is approaching the end of its worst quarter since the October-December 2008 period, when the economic crisis hit the world.

Concerns about a possible global recession are rising despite efforts by central banks and governments to contain the effects of the pandemic on the economy.

Commodity markets and prices fell again sharply, after the legislative rejection of the fiscal package in the US.

CESCO (Center for the Study of Copper and Mining) states that one of the consequences of the crisis is the collapse of the copper price to unprecedented levels in recent years. China’s demand, which represents half of world consumption, is critical in this regard. The world’s factory closed down, and it’s unclear when it will come into operation.

However, copper-containing products are not only going to the Chinese market but to the global one. Many auto plants have closed in Europe, and the United States and other copper-consuming manufacturing industries are closing. Copper regulates global economic activity due to the broad spectrum of end applications, both in construction and in consumer products.

Before the crisis, copper stood at levels of $2.80 – $2.85. Analysts projected that copper would maintain this price throughout the year. Now that the price fell to $2.12 per pound, analysts think that the copper market is going to be depressed for a long time. It is difficult to predict what this means in terms of price.

It is conceivable, in fact, scenarios of outbreaks of contagion in mining camps and towns that disturb production. Furthermore, and with interruptions in supply chains, the lack of some critical inputs for mining, in general, is not ruled out, all of which can also impact production volumes.

Finally, with the prices we see today, many operations are at the limit or below their breakeven. And that is a very complicated scenario.

Blockchain Network to Launch in 100 Cities by China